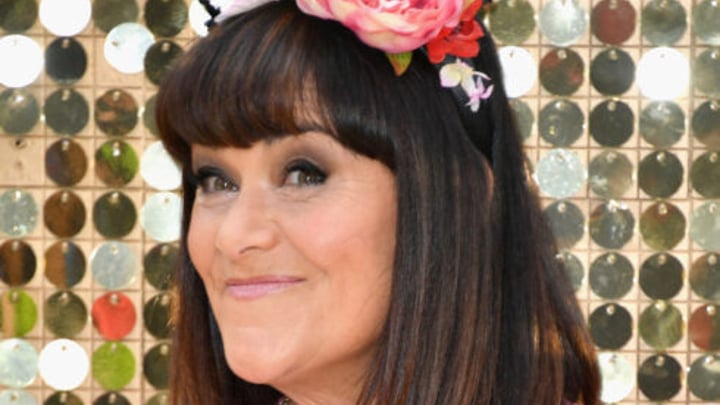 Not only is Dawn French an actor, comedian, and writer it would appear the 65-year-old is a staunch advocate for “jam first” when it comes to serving scones.

French has always felt strongly about the correct serving order of jam and cream on a scone, telling Good Housekeeping in 2020 that she finds it “offensive” to put cream on first.

“What I would say is: butter is optional, but if you’re going to use butter, it goes first,” she explained.

“Then the jam, then the cream. That’s it. The big mistake is to think that cream is butter.

“Jam is for spreading, cream – and it’s got to be clotted cream – is the dollop. It’s the crown.

“If you do it the other way, I genuinely find it offensive! I just do. I’ve got into a bit of a Twitter war with certain people about it.”

Now The Vicar of Dibley has reignited the ferocious debate with her latest post to Instagram where she is seen enjoying tea and scones alongside her friends.

“Jam first tea with the Frenchies,” she captioned the video.

It wasn’t long before fans, on both sides of the great scone debate, took to the comment section to argue for their favoured method of serving scones.

“Butter then jam then cream,” another proposed.

“Has to be jam first. Jam on cream is too messy.”

“Defo jam first, others who do so in reverse are so uncouth!”

“Cream first obviously, as you would put butter first if making a jam sandwich.”

“I only do jam on scones! No butter no cream! Don’t come at me.”

“And that’s why your wonderful….. jam definitely first!”

French’s latest post on proper scone etiquitte hasn’t been the only recent post that has got her fans talking.

French has always maintained a close connection with her fans via social media, often entertaining her strong following by be being completely open and honest with them, whether it be debuting her new grey hairstyle or discussing her recent battle with Covid-19, the 65-year-old has always been happy to share.

But it was a recent post about “something weird” that she experienced since entering her 60s that really got the discussion among fans going.

On Thursday, June 16, French took to Instagram to share a photo of her feet alongside the caption, “Warning. Something weird happens in your 60s. You wake up one day… and you no longer have ankles. Who nicks them?”

Fans were quick to sympathise with French, detailing their own experiences in regard to how their bodies changed with age.

“I lost my waist in my fifties! Woke up one morning and there was nothing between my ribs and my pelvis,. It went from there to gone. Amazing. Sorry, going to check if I still have ankles,” one fan wrote.

“At least I can’t see any varicose vein’s like on mine you lucky lady,” wrote another.

English composer and television presenter Jools Holland was able to relate to French’s condition, simply claiming, “I’ve got them.”

One fan even offered some advice on how to handle swollen ankles.

“I’ve bought an ankle chain to define and remind me where they were,” the fan wrote.