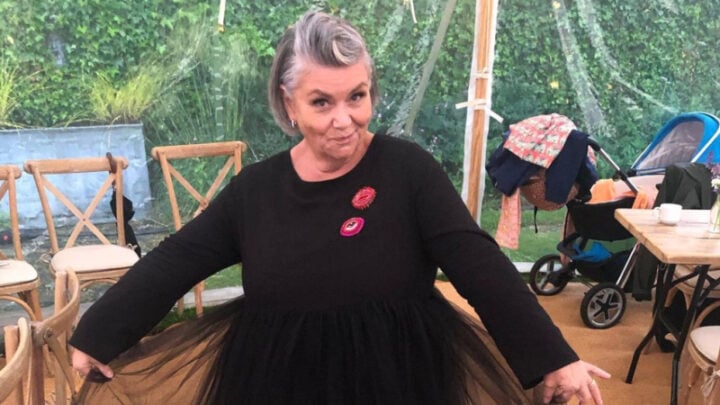 Vicar of Dibley star Dawn French has never been one to shy away from being open and honest with her fans, whether it be debuting her new grey hairstyle or discussing her recent battle with Covid-19, the 64 year old has always been happy to share.

However, her latest social media post has really got fans talking after French revealed “something weird” that she experienced since entering her 60s.

On Thursday, June 16, French took to Instagram to share a photo of her feet alongside the caption, “Warning. Something weird happens in your 60s. You wake up one day… and you no longer have ankles. Who nicks them?”

Fans were quick to sympathise with French, sharing their own experiences as to how their bodies changed with age.

“I lost my waist in my fifties! Woke up one morning and there was nothing between my ribs and my pelvis,. It went from there to gone. Amazing. Sorry, going to check if I still have ankles,” one fan wrote.

“At least I can’t see any varicose vein’s like on mine you lucky lady,” wrote another.

English composer and television presenter Jools Holland was able to relate to French’s condition, simply claiming, “I’ve got them”.

One fan even offered some advice on how to handle swollen ankles.

“I’ve bought an ankle chain to define and remind me where they were,” the fan wrote.

It’s not the first time French has shared some of the changes she’s experienced as she gets older. In October 2021, she said goodbye to her signature dark brown bob in favour of a bold new hairstyle, opting for a grey, short cropped look, much to the delight of her fans who loved the new style.

Again fans were quick to commend French for embracing her natural hair colour, with one writing, “You are a dream Dawn.”

“I love that you’re embracing the grey! It looks so chic on you.”

“I’m seven months in going the Oh natural route …. It’s amazing how liberating and freeing it is … and how our natural grey sliver strands suit us the best … you look amazing …”

French revealed in an earlier post in June 2021 that she was embracing her greys as they began to emerge.

“Going lighter bit by bit to happily welcome the grey… with an undercut surprise..! Hello there woman in her 60s,” she wrote.