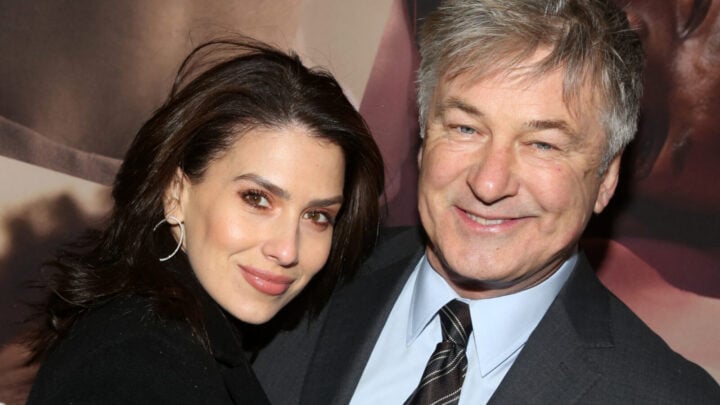 Hilaria, 37, and Alec Baldwin, 62, have welcomed their sixth child together, a baby girl named Lucia – less than six months after the birth of their son Eduardo ‘Edu’ Pao Lucas on September 8, 2020.

The yoga guru, who’s come under fire in recent months over claims she faked her Spanish heritage, shared the exciting news on Instagram on Tuesday, alongside an adorable photo of the baby girl sleeping.

“We are so in love with our daughter, Lucia,” she captioned her post. “Just like your brothers and sisters, you are a dream come true.”

According to People, a source confirmed the couple welcomed Lucia via surrogate. Hilaria previously told the magazine that she and Alec were done having any more children, so baby number six has no doubt been a big surprise for many fans.

“Everybody’s asking me this question [about having more children],” she said two months after Edu’s birth last year. “I don’t know. I’ve said in the past that I was done when I wasn’t done. I think, right now, I’m so tired. And I feel, just with Covid, it’s just insanity.”

The couple, who married in 2012 in New York City, are already parents to Carmen, seven, Rafael, five, Leonardo, four, Romeo, two, and five-month-old Edu, while Alec also has a 25-year-old daughter, Ireland, from his previous marriage to actress Kim Basinger.

At the time of Edu’s birth, Hilaria took to Instagram to post an image of the newborn and write, “We had a baby last night. He is perfect and we couldn’t be happier.”

Alec also shared the same image alongside a sweet message. “Número Cinco está aqui… (Para mi, número seis),” he wrote in Spanish, which translates to, “Number five is here… (for me, number six).” He continued, “I love you, @hilariabaldwin. My karma is your karma. Your karma is mine.”

Fans at the time were quick to congratulate the couple on their new arrival, with one writing, “Congrats! So much love.” Another added, “Congratulations! So happy for you all!”

Could you imagine having two babies so close together? Do you have a message for the happy couple?