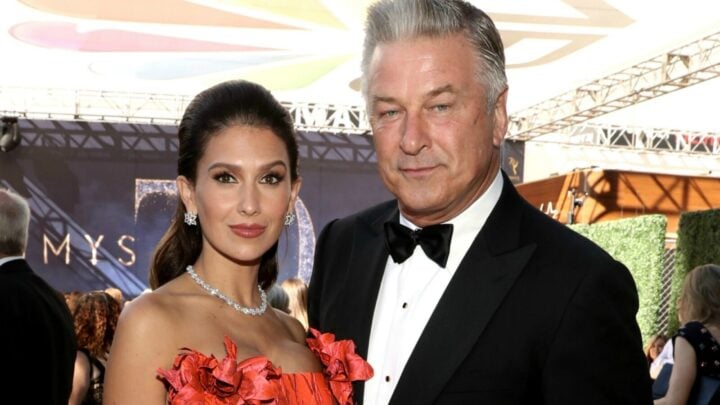 It's the fifth child for Hilaria and Alec Baldwin, who married in 2012. Source: Getty.

Alec Baldwin, 62, and wife Hilaria, 36, have welcomed their fifth child together, a baby boy. Hilaria shared the exciting news on Instagram on Wednesday, telling her followers to “stay tuned for a name”.

“We had a baby last night,” the American-Spanish writer captioned the post, which showed her cradling the newborn as Alec looked over. “He is perfect and we couldn’t be happier.”

Alec also shared the same image alongside a sweet message. “Número Cinco está aqui… (Para mi, número seis),” he wrote in Spanish which translates to ‘number five is here… (for me, number six)’. He contined: “I love you, @hilariabaldwin. My karma is your karma. Your karma is mine.”

It’s the fifth child for the couple, who married in 2012 in New York City. The pair are already parents to daughter Carmen, seven, son Rafael, five, son Leonardo, three, and son Romeo, two, while Alec also has 24-year-old daughter, Ireland, from his previous marriage to actress Kim Basinger.

It comes a year after the mother-of-five suffered a miscarriage in April last year. Taking to social media at the time, she shared an image of herself standing in front of a mirror in her underwear, showing off a tiny baby bump. She explained that she wanted to stick to her word, having previously promised that she would keep her fans updated on every stage of her pregnancy, should she fall pregnant again.

“I want to share with you that I am most likely experiencing a miscarriage,” she wrote. “I always promised myself that if I were to get pregnant again, I would share the news with you guys pretty early, even if that means suffering a public loss.”

Hilaria added: “I don’t want to keep this from you, just because it isn’t as positive and shiny as the rest. I think it’s important to show the truth… because my job is to help people by being real and open.”

Could you imagine having a newborn in your 60s? Do you have a message for the happy couple?