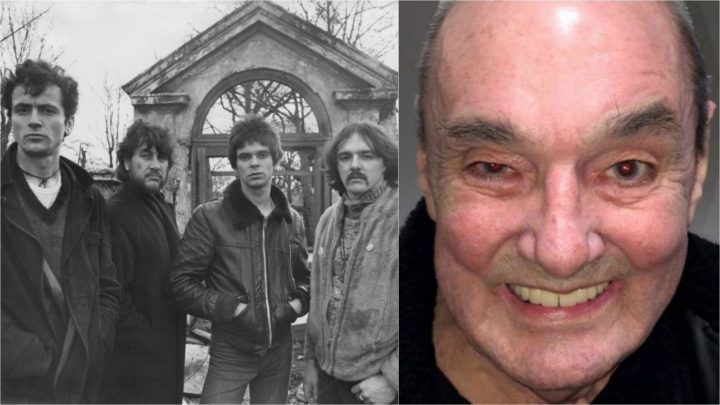 The Stranglers star Dave Greenfield has lost his battle against the coronavirus, his bandmates have confirmed, passing away over the weekend in hospital.

The 71-year-old, who played keyboard in the British band and is famously known for the song ‘Golden Brown’, tragically died on Sunday night after testing positive for the virus just one week earlier, the band wrote on its official website.

“We are deeply and profoundly saddened to announce the untimely passing of keyboard legend Dave Greenfield on the evening of 3rd May 2020,” it read. “Following a stay in hospital for heart problems, Dave tested positive for the Covid-19 virus last Sunday but he sadly lost his battle last night.”

Band mates Jean-Jacques Burnel, Jet Black and Baz Warne, along with manager Sil Willcox, sent their condolences to their friend’s family and wife Pam during this difficult time, describing Greenfield as a ‘huge talent’ and ‘true innovator’.

“We have just lost a dear friend and music genius and so has the whole world,” Black wrote. “Dave was a complete natural in music. Together, we toured the globe endlessly and it was clear he was adored by millions. A huge talent, a great loss, he is dearly missed.”

“We are all in shock, Dave was a kind, generous soul who had time for anyone and everyone and it has been my privilege to have known him as both a close friend, his tech and manager for over 40 years,” Willcox said. “Our thoughts are with Pam at this sad time.”

While Warne added: “We lost a true innovator, musical legend and one of my dearest friends today. The word genius is bandied around far too easily in this day and age, but Dave Greenfield certainly was one.

“We stood together on the same side of the stage for 20 years, laughed, joked and shared our lives in the way that only band mates can. I’ll miss him forever. Our thoughts and hearts are with his wife Pam and to the millions of fans who worshipped at his altar, he’ll never be equalled.”

Meanwhile, fans have taken to social media to share their sadness in the loss of the great musician, with many beautiful messages of condolence for Greenfield’s family.

“S**t, awful news,”@alanmuttley1066 wrote on Twitter. “Loved The Stranglers and Dave Greenfield gave them such a unique sound.”

“Absolutely gutted to see this,”@ChrisCatalyst added. “The Stranglers were probably my favourite band growing up and Dave Greenfield was such a huge part of what made them so great. Lots of love to all The Stranglers fans all around the world.”

Greenfield joined The Stranglers in 1975, just one year after the band formed. Over the years he became a true icon of British punk rock, with his distinctive keyboard tunes loved by fans.

While the band has had many great hits through its time, the song ‘Golden Brown’ has been dubbed one of their best, reaching Australia’s top-10 in 1982. The band’s other hits include ‘No More Heroes’, ‘Peaches’ and ‘Something Better Change’.

The Stranglers were due to perform their farewell tour across the globe this year, but were forced to reschedule due to the coronavirus pandemic.

Are you a fan of The Stranglers? Do you have a message for Dave Greenfield's loved ones during this difficult time?