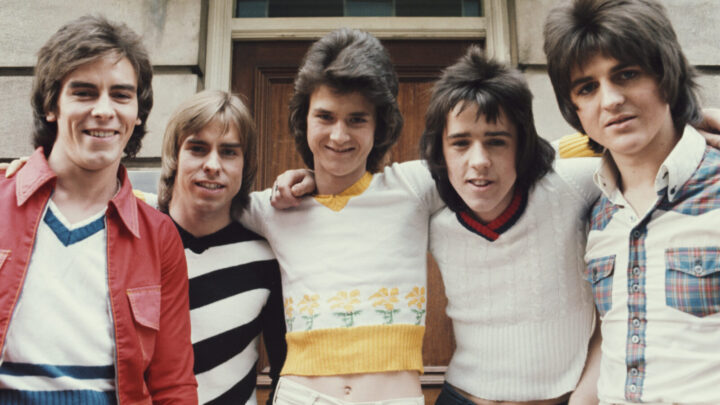 The Bay City Rollers (from L to R) Alan Longmuir, Derek Longmuir, Les Mckeown, Stuart ‘Woody’ Wood and Eric Faulkner shot to the top of the charts in the 1970s. Source: Getty

Les McKeown, former frontman of the iconic Scottish pop group Bay City Rollers, has died aged 65. His family broke the sad news in a statement via the singer’s Facebook page, saying he “died suddenly at home on Tuesday”.

“It is with profound sadness that we announce the death of our beloved husband and father Leslie Richard McKeown,” they wrote. “We are currently making arrangements for his funeral and ask for privacy after the shock of our profound loss. Thank you. Keiko and Jubei McKeown.”

The family didn’t disclose the cause of death.

It is with profound sadness that we announce the death of our beloved husband and father Leslie Richard McKeown. Leslie…

Fans have taken to social media to pay their respects, with Twitter user @MartinKnight_ writing: “Shocked & saddened to hear #LesMcKeown has died suddenly. Lead singer & legendary, cheeky heartthrob of #TheBayCityRollers, he captured young hearts like few others ever did & across the globe tonight thousands of middle-aged Mums will be shedding tears.”

Meanwhile, @MiamiShowband tweeted: “Very sorry to hear that our old friend, Les McKeown, of The #BayCityRollers has passed away. May he rest in peace.”

Very sorry to hear that our old friend, Les McKeown, of The #BayCityRollers has passed away. May he rest in peace. pic.twitter.com/0Ibk2TTGO1

McKeown was the frontman for the popular boy band during its most successful period in the 1970s. They recorded mega-hits like ‘I Only Wanna Be With You’, ‘Bye Bye Baby’, ‘Shang-a-Lang’ and ‘Give a Little Love’.

McKeown struggled with drug and alcohol addiction after finding fame, but is believed to have been sober for more than 10 years.

In 2018, McKeown told Starts at 60 that his addiction put a strain on his marriage to wife Peko Keiko, but it was his 2009 confession that he’d had gay affairs that almost ended their union.

“God know why she’s put up with me for this long, she could have kicked my arse right out the door a long time ago,” he joked. “We went through a bit of a rough patch but then we got back together again and everything is good now, I don’t want to change things round in my life now. I met her in 1978 and we’ve been going out ever since, how long is that?

“Sometimes when you’re going through rough times, it’s easy to throw it all away and start again. It’s harder to try and make it work, I think.”