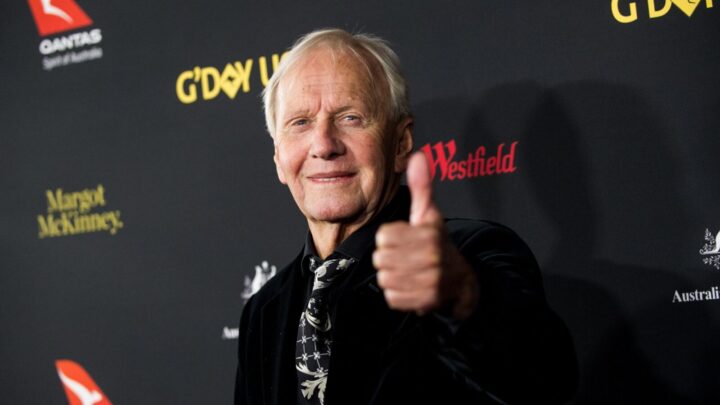 Iconic Crocodile Dundee star Paul Hogan was certainly feeling the heat on Tuesday night after an array of Aussie icons came together to deliver some brutal jokes for Seven’s The Roast of Paul Hogan TV special.

While celebs roasters such as Kerri-Anne Kennerley, Ernie Dingo, and John Paul Young took aim at the 83-year-old actor, it was comedian Tom Gleeson who stole the show with his savage remarks.

Tonight we roast the legend Paul Hogan. Great line up. These celebrity roasts should be a regular thing here. So much fun. pic.twitter.com/k1wWrJ3P5t

As Gleeson took to the stage, the Golden Logie winner pulled no punches.

“Hopefully this show does really well – you could have your first hit since 1986!”

He then proceeds to tell the audience that if Hogan needed a place to isolate himself during the pandemic, he would “just have to go to a cinema that was playing The Very Excellent Mr Dundee.”

“You would’ve had the place to yourself for weeks,” he remarked.

Gleeson then takes a swipe at Hogan’s entertainment ventures, before poking fun at the acting veteran’s personal life including his failed marriage.

“Paul, when you came up with The Paul Hogan Show, were you at home watching The Benny Hill Show and thought, ‘this is a bit too clever’?” he asked.

While casting the audience’s mind back to to Hogan’s iconic “Shrimp on the barbie” catchphrase, Gleeson said: “I see why you like shrimp. You break off the bit that you want, then you throw it away. Like your marriages!”

To wrap things up, Gleeson offered some kinder words to Hogan, telling him he was “the most famous Australian comedian of all time – a height that the rest of us will never reach. I’ve said that because it’s true, and also because it’ll piss off Hughesy.”

Gleeson wasn’t done there, delivering one final jibe at the Aussie icon regarding his recent tax troubles.

“Paul, thank you for having me … and what’s your accountant’s phone number?”

Hogan’s comedy roast comes a few weeks following his heartbreaking interview with Tracy Grimshaw on A Current Affair where he revealed he has been left feeling “feeble” after suffering from retroperitoneal fibrosis.

Hogan spoke of how the condition and the treatment caused his muscles and body fat to deteriorate, forcing him to rely on his son, Chance, for help.