‘He doesn’t like the spotlight’: Dolly Parton opens up about her reclusive husband 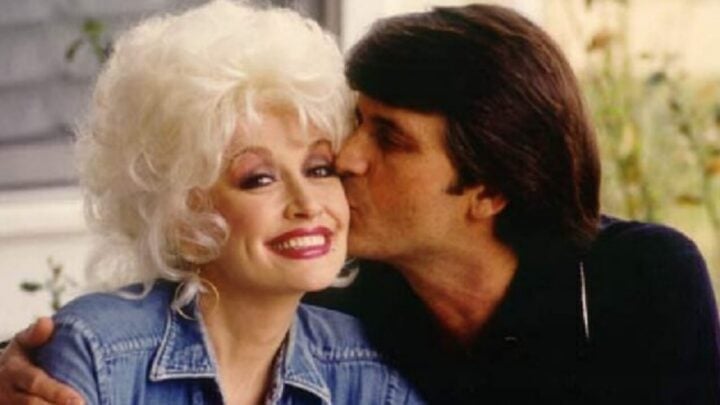 Dolly Parton and Carl Dean tied the knot on May 30, 1966, in Ringgold, Georgia. Source: Dollyparton.com.

They’ve been married for 54 years, but Dolly Parton and her reclusive husband Carl Dean have rarely been spotted out and about together. The country singer has now opened up about their unusual set-up in a candid chat with Entertainment Tonight, revealing some people have told her they don’t actually believe he’s real.

“A lot of people have thought that through the years because he does not want to be in the spotlight at all,” she revealed. “It’s just not who he is. He’s like, a quiet, reserved person and he figured if he ever got out there in that, he’d never get a minute’s peace and he’s right about that.”

The 74-year-old continued: “I’ve always respected and appreciated that in him and I’ve always tried to keep him out of the limelight as much as I can. He said, ‘I didn’t choose this world, I chose you, and you chose that world. But we can keep our lives separate and together.’ And we do and we have. We’ve been together 56 years, married 54.”

And despite what many people may think, Dolly reckons their unusual set-up has helped their marriage, saying: “Our joke about the fact, when people ask me why it’s lasted this long, I say, ‘Because I stay gone’. And there’s a lot of truth in that — the fact that we’re not in each other’s faces all the time.”

Dolly went on to that when they are together, though, it really counts. “But we do have great respect and admiration for each other. We both have a great sense of humor. So, we have a lot of fun.”

Dolly and Carl, now 78, tied the knot on May 30, 1966, in Ringgold, Georgia in a small ceremony attended by Dolly’s mother, Avie Lee Parton, the preacher and his wife. The couple met two years prior in Nashville, Tennessee, outside of the Wishy Washy Laundromat when Dolly was just 18 years old and Carl was 21.

This isn’t the first time the singer has opened up on her marriage either. Earlier this year, Dolly sat down with American singer Gabby Barrett to talk about their relationship.

“He’s pretty much a loner and a homebody and I’m a gypsy,” she said at the time. “But when I’m home, I love that. We don’t do the same things so it gives us stuff different to talk about. He doesn’t get involved in my business and I don’t get involved in his, so we have our own little worlds that we create for ourselves.”

Are you a Dolly Parton fan?