Dolly Parton: ‘I’ll look as young as my plastic surgeons will allow me’ 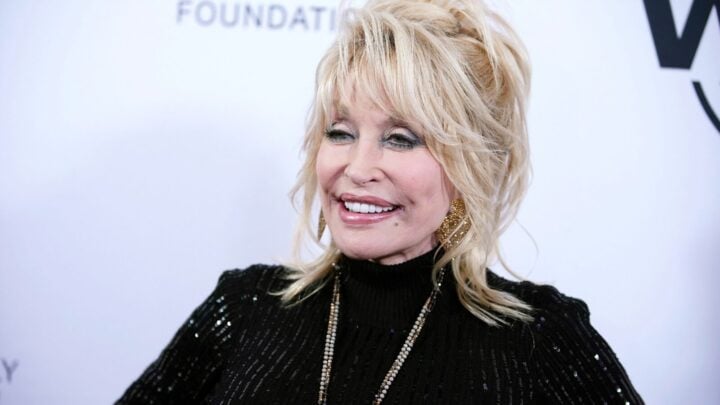 The country music icon revealed she has no plans on ageing gracefully. Source: Getty.

Dolly Parton is no stranger to plastic surgery, and has been very open about her years of work in the past. Now speaking in an exclusive chat with Oprah Winfrey as part of the television personality’s Apple TV show The Oprah Conversation the country music icon revealed she has no plans on ageing gracefully.

According to a clip, obtained by People magazine, Dolly, who turns 75 in January, said she isn’t wasting her time worrying about ageing and will look as young as her plastic surgeons allow her to.

“I don’t think about my life in terms of numbers,” she said in response to a question Oprah asked on whether her age has any impact on her life. “First of all, I ain’t never gonna be old because I ain’t got time to be old. I can’t stop long enough to grow old.”

Dolly went on to say she will be the best she can “at whatever age”. “I bet you I won’t look much different when I’m 95, if I live that long, because I’m like the Gabor sisters,” she said in reference to the American-Hungarian socialites.

“I’m gonna look like a cartoon. I’ll have on the makeup. I’ll look as young as my plastic surgeons will allow me and [with] all the makeup and lighting and all that. But I think more than anything, it’s about what comes from inside you.”

Dolly’s comments come just a couple of weeks after she opened up about her reclusive husband Carl Dean and their unusual set-up in a candid chat with Entertainment Tonight, revealing some people have told her they don’t actually believe he’s real.

“A lot of people have thought that through the years because he does not want to be in the spotlight at all,” she revealed. “It’s just not who he is. He’s like, a quiet, reserved person and he figured if he ever got out there in that, he’d never get a minute’s peace and he’s right about that.”

The 74-year-old continued: “I’ve always respected and appreciated that in him and I’ve always tried to keep him out of the limelight as much as I can. He said, ‘I didn’t choose this world, I chose you, and you chose that world. But we can keep our lives separate and together.’ And we do and we have. We’ve been together 56 years, married 54.”

Dolly and Carl, now 78, tied the knot on May 30, 1966, in Ringgold, Georgia in a small ceremony attended by Dolly’s mother, Avie Lee Parton, the preacher and his wife. The couple met two years prior in Nashville, Tennessee, outside of the Wishy Washy Laundromat when Dolly was just 18 years old and Carl was 21.

Are you a Dolly Parton fan?