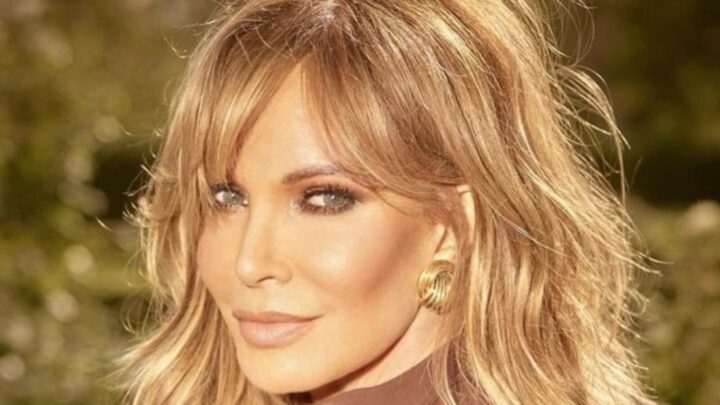 It’s been nearly a half-century since we first heard the words “Good morning, Angels” uttered and had Jacyln Smith appear on our screens, yet the original Charlie’s Angels star has managed to look as though she hasn’t aged a day since.

The 76-year-old appears to have found the fountain of youth, leaving fans stunned once again with her ageless visage.

Taking to Instagram on Tuesday, October 18, the screen icon shared a head-turning new photo of herself modelling her latest jumper from her clothing line JS For Nordstrom Rack.

“The jacquard sweater with fair isle details is right on trend for fall. It feels good on; soft and cozy,” she captioned the post.

While the actress indeed looked cozy and ready for Fall, fans were more drawn in by her youthful complexion with many of Smith’s fans leaving comments calling her “beautiful” and “eternally gorgeous”.

“What skincare line do you use? I love how dewy your skin looks!” one fan commented.

“You are absolutely Stunning ageless,” added a third.

The mother of two had previously made headlines after sharing a rare snap with her son, Gaston Richmon, looking like she was her son’s sister and could easily have passed as the younger of the two.

Although it has been decades since the photogenic star was a 70s pin-up, she has famously held onto her looks by exercising regularly and practising yoga, and judging by her Instagram account, is also a devotee of healthy green smoothies, made with kale, cucumber and celery.

But green smoothies only go so far, and in the case of Smith, her real secret to maintaining her youthful look is by recycling her own fat when it comes to facial cosmetic procedures.

In an interview with the Daily Mail, Smith opened up about the “extreme” lengths she goes to when it comes to cosmetics, despite admitting traditional fillers were off the table.

“I don’t believe in fillers and I haven’t done any cutting,” Smith admitted.

“If I put anything in my face, I use my own fat, which is hard to do.”

When she’s not pumping her face with her own fat, Smith credits her stunning photos to “great lighting”.

Whether it’s good lighting, wild cosmetic procedures, or just great genes, there’s no doubt that Smith’s beauty transcends time. While her other Charlie’s Angels co-stars, such as Farah Fawcett and Cheryl Ladd, came and left, Smith, outlasted them all.

She was the only one to remain on the smash hit television series which defined the 70s for all five years, from 1976 to 1981 as Kelly Garrett,  and even made a cameo appearance in the 2003 film Charlie’s Angels: Full Throttle and again in the 2019 Charlies Angels reboot.