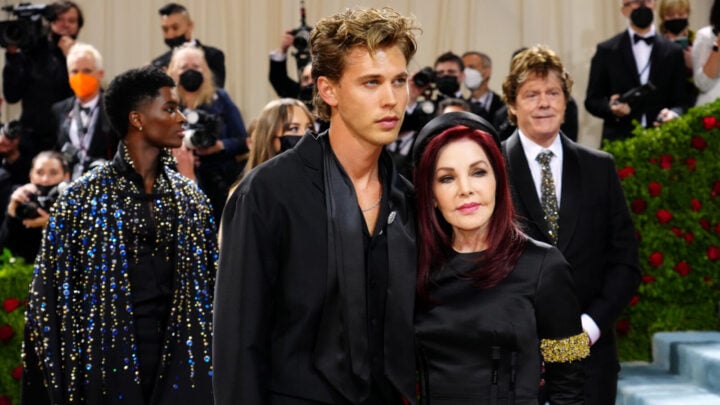 Priscilla Presley has taken to social media to share her touching thoughts on the new Elvis biopic and particularly, Austin Butler’s portrayal of her late husband, rock and roll legend Elvis Presley.

Posting to Twitter on Saturday, April 30, Priscilla praised Butler for his incredible portrayal of Elvis, describing his performance as “outstanding”.

“Austin Butler, who played Elvis is outstanding. Halfway through the film Jerry and I looked at each other and said WOW!!! Bravo to him… he knew he had big shoes to fill,” Priscilla wrote.

“He was extremely nervous playing this part. I can only imagine.”

The actress went on to pay tribute to actor Tom Hanks for his performance as Col Parker in the upcoming film.

“Tom Hanks was Col Parker in this film. What a character he was,” she wrote.

“There were two sides to Colonel, Jerry and I witnessed both.”

Priscilla gave the new biopic quite the wrap as she commended Baz Luhrmann’s “artistic” talent and his “unique” ability to deliver a true film of such high standard, historical accuracy and creative flare.

“For those curious about the new film ELVIS, Baz Luhrmann, the director, provided a screening for me and Jerry Schilling at Warner studios recently,” she wrote.

“This is a story about Elvis and Colonel Parker’s relationship. It is a true story told brilliantly and creatively that only Baz, in his unique artistic way, could have delivered.”

Priscilla revealed that although Elvis’s iconic story came to the most bitter of endings, she hoped that the new film would shed greater light on his incredible journey to fame.

“The story, as we all know, does not have a happy ending,” she wrote.

“But I think you will understand a little more of Elvis’ journey, penned by a director who put his heart and soul and many hours into this film.”

Priscilla and Butler were pictured together at the recent 2022 Met Gala on May 2 at The Metropolitan Museum of Art.

Priscilla recently made a special trip to the regional Victorian city of Bendigo to mark the opening of Elvis: Direct from Graceland, the largest collection of Elvis artefacts ever to be displayed in Australia.

The highly anticipated biopic is set to hit Australian theatres on June, 23, 2022.

In an interview with The Sydney Morning Herald, Priscilla admitted that it was both a sentimental and “very difficult” experience to see Elvis’ life displayed in such an extensive exhibition, revealing she even “got a little tear-eyed”.

“Because this is what I think he wanted. To be shared, to be remembered. It’s a dream come true,” she said.

Are you excited for the new biopic debuting in Australia in June?!