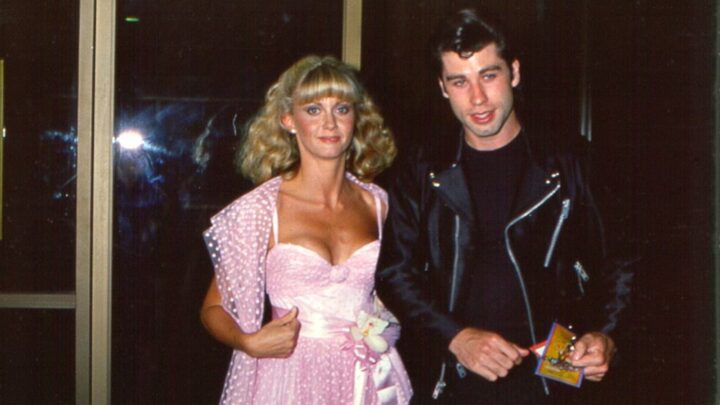 To John Travolta, there was only ever one person who was Sandy, and it was Olivia Newton-John. Source: Getty

As fans and celebrities alike continue to mourn the death of Olivia Newton-John, footage of a 1998 interview of John Travolta gushing over his late Grease co-star has resurfaced.

In the clip, Travolta and Newton-John are seated next to each other speaking to a reporter from Entertainment Tonight.

Travolta is seen talking about the casting of Grease, explaining that while “wonderful” actresses such as Linda Ronstadt and Marie Osmond were considered to play his on-screen love interest, to him, Sandy was always going to be Newton-John.

“But every guy in the world wants Olivia Newton-John as their girlfriend, and I knew that ’cause I wanted that. I felt the same way,” he said.

“And every girl wants to be like her. If you [the Grease casting agents] don’t see this, you guys are nuts, ’cause there was only one person in the world that was Sandy, and that was Olivia Newton-John.”

Fans were immediately moved by the clip and were quick to leave their comments on the video.

“He always admitted to wanting only ON-J to play Sandy on Grease. He made no mistake. She will live on in all who knew her or knew of her. She had the softest, sweetest voice that touched the deepest of your soul. Heaven bound for sure. Rest easy RIP,” another added.

“She was definitely a beautiful person. Rest in Peace Olivia Newton-John and thank you for the beautiful songs that never gets old. Grease is still my all-time favourite movie,” commented a third.

Shortly after news of Newton-John’s death was announced by her husband John Easterling, Travolta took to Instagram to express his grief.

“My dearest Olivia, you made all of our lives so much better. Your impact was incredible,” he wrote.

“I love you so much. We will see you down the road and we will all be together again. Yours from the first moment I saw you and forever! Your Danny, your John!”

While people continue to pay tribute to Newton-John, Travlota’s message has left many feeling bittersweet as the pair had a long and special friendship since filming Grease in their 20s.

In an interview with People in 2018, Travolta credited the success of Grease to the beginning of their life-long friendship.

“When you share that kind of meteoric success — and nothing has been able to exceed it — you share a bond,” he said.

In the same interview, Newton-John shared, “[In tough times] John always reaches out to me.”

Newton-John died peacefully surrounded by her family at her Southern California ranch after losing a long battle with breast cancer.

The late actress and singer is survived by her husband John Easterling, her daughter Chloe Lattanzi, sister Sarah Newton-John, brother Toby Newton-John as well as several nieces and nephews.