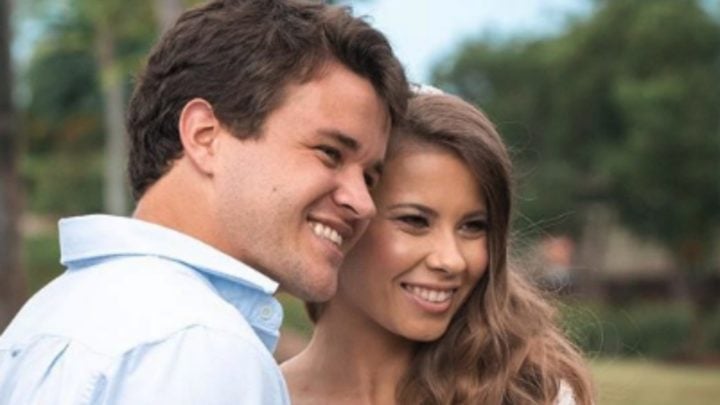 Changing your last name after marriage is an old tradition that has been upheld by women for centuries. However, more and more brides are now opting not to follow this tradition, instead keeping their own surname — and that’s exactly what Bindi Irwin chose to do.

The 21-year-old conservationist, who tied the knot on March 25, told Entertainment Tonight she wanted to keep her surname to honour her later father Steve Irwin. Steve was killed in 2006 in the now-infamous incident at Batt Reef, near Port Douglas, Queensland, when he was pierced through the heart by a stingray barb while filming for TV series Ocean’s Deadliest.

“I’ve kept Bindi Irwin,” she told the publication. “I think that for me personally, after dad [Steve Irwin] passed away it was really important for me to feel close to him, and having his last name means so much to me.”

Her husband Chandler Powell, 23, added that they talked about the possibility of her taking his last name, but “at the end of the day she’s an Irwin through and through”.

“Chandler has become an Irwin now,” Bindi jokingly added. “It has become a part of me. Everyone has their own ideas, but the nice thing is that it’s 2020 now, anything works!”

Bindi and Chandler tied the knot in an intimate ceremony at Australia Zoo earlier this year, after the couple were forced to bring forward their nuptials due to the spread of coronavirus. Since then the 21-year-old has continued to share snippets of her special day with fans, including gorgeous photos of her beautiful dress and family snaps featuring some of the wildlife they care for.

More recently, Bindi treated fans to yet another glimpse of her stunning bridal gown as she released two new images. “6 years of friendship and loving you. One month of marriage. Here’s to dancing through life together,” Bindi wrote alongside the two new images on Instagram. Chandler then commented on his wife’s post and said: “Spending our lives together has been and always will be the greatest adventure.”

6 years of friendship and loving you. One month of marriage. Here’s to dancing though life together. ❤️

In both photographs, the newly-married couple can’t hide their happiness as both are smiling widely. Bindi’s stunning gown, which was modelled on mum Terri’s dress from her wedding to the late Steve Irwin, is also on full display, with the princess-style skirt swishing elegantly as Bindi twirls on the dance floor.

Fans of the couple gushed over the new images, with one person saying: “So beautiful!! You two were destined to be together! Wishing you both many years of love, laughter, happiness and blessings in your marriage.”

What do you think? Did you or your partner change your name when you married? If given the chance, would you change your decision now?