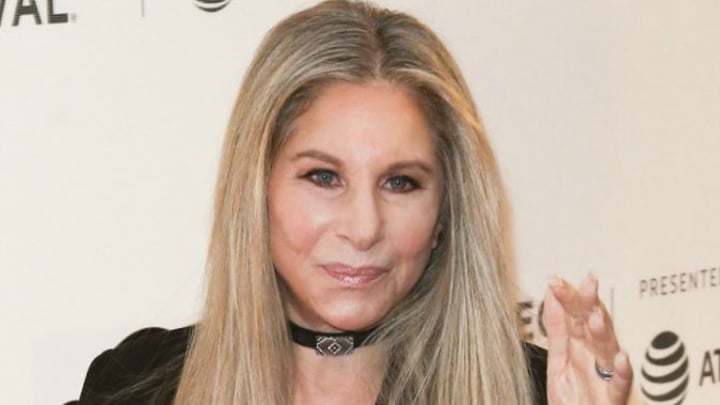 Barbra Streisand welcomed her first grandchild into the world on Monday.

Barbra Streisand has welcomed her first grandchild into the world, and the legendary performer couldn’t be more smitten.

The 76-year-old shared the exciting news on social media Monday afternoon, congratulating her stepson Josh Brolin and his wife Kathryn Boyd on the arrival of their baby girl. Streisand has been married to fellow actor and Josh’s father James Brolin, 78, since 1998.

The Funny Girl star uploaded the sweetest video of her sleeping granddaughter and revealed her unique name, Westlyn Reign Brolin.

She wrote: “We’re so happy to welcome Westlyn into the world!”

Fans were quick to congratulate the singer, with one writing: “Congratulations! Being a grandma is the best feeling!!”

Another added: “Welcome to the best club, Barbra!! Congrats!”

The legendary performer has eagerly been awaiting the birth of her first grandchild since Josh and Kathryn announced they were expecting in May.

Just one month later, in an interview with SirusXM radio in the United States, Josh revealed what the pregnancy meant for his famous stepmother. When asked if his parents were excited about becoming grandparents to a little girl, he said it was his stepmother who was most looking forward to the new arrival.

“Especially her,” 50-year-old Brolin said. “I’d say especially her. My wife got her a bracelet that said grandma on it and she started crying.”

In all fairness, most people probably shed a tear when they find out they’re going to be grandparents for the first time, but according to Josh, Barbra took it up a notch and would constantly send him emails with suggestions for baby names.

“She’s one of those,” Brolin continued. “It’s annoying but it’s in a really great way. But she’s really into it and I love that she’s into it. It’s like very typical Jewish grandmother who’s like, saturated by this event. It’s awesome.”

The baby news come after Streisand belted out some of her greatest musical hits during an entertaining car ride with TV host James Corden last week.

The 76-year-old put The Late Late Show host to the test as they sung some of her most loved songs, including ‘No More Tears’ and ‘The Way We Were’ for the popular Carpool Karaoke segment.

In a switch up to the way the segment is usually run, Streisand took to the driver’s seat and chauffeured Corden around Los Angeles for the day.

Singing to their hearts content, the two laughed along together, as they discussed everything from Streisand’s failed driving tests to the nerves she still gets before performing and her latest album ‘Walls’.

Do you remember how you felt when you first became a grandparent? What was it like?