‘A celebration of the awesome life Paul lived’: Paul Green to be farewelled in public funeral 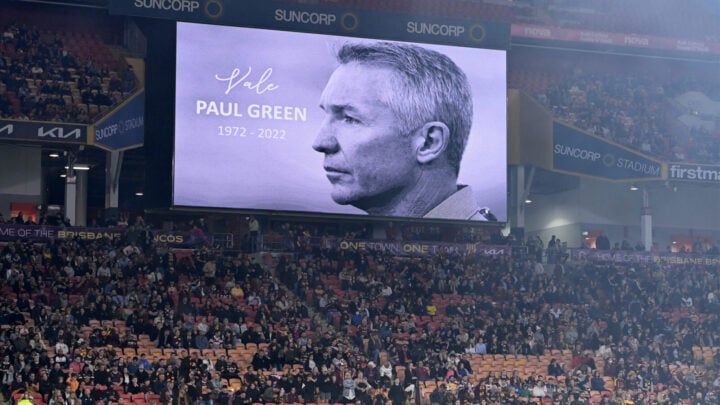 The family of late rugby league star and premiership-winning coach Paul Green have revealed the sporting icon will be farewelled in a public funeral.

Green passed away suddenly at the age of 49 on Thursday, August 11 in his Brisbane home. A post-mortem is expected to be carried out in order to determine his cause of death.

While discussing the heavy toll that Green’s death had taken on his family, his brother Rick spoke of plans to publicly farewell the rugby league icon.

“Everyone is feeling overwhelmed,” he told The Sunday Mail.

“As we reflect on those good times, there’s a great sadness at his passing. It’s still very raw and difficult to process.”

The public funeral is expected to be held towards the end of August, either on the 23rd or the 30th. The event will reportedly be held at Kougari Oval, the home ground of the Wynnum-Manly Seagulls where Green played as a junior and where he would later return as a coach to lead the Seagulls to Queensland Cup premierships in 2011 and 2012.

“It will be a celebration of the awesome life Paul lived and the wonderful things he did for people,” Rick said.

Green was honoured with a minute’s silence over the weekend as two of Green’s former teams, the North Queensland Cowboys and the Sydney Roosters, faced off at the SCG on Saturday, August 13.

“There are no real words, really, to express what has happened over the last few days and how it has affected people in the rugby league community and families,” he said.

“I can’t imagine what Amanda [Green’s wife] and the kids are going through right now.

“What has happened has really shocked and rattled most of us and it is going to take some time to get over it.

“I think everyone copes with loss and grief differently. I am not sure about any of the other boys, but everyone is affected differently.”

Tonight, @QCBstadium will light up blue and gold in memory of Paul Green, Head Coach of the club’s maiden premiership and Cowboy #92. pic.twitter.com/N28cR7uMbc

Taumalolo and his Cowboys’ teammates join a devastated rugby league community in mourning the sudden death of Green whose decorated playing career included taking the field an incredible 162 times with a number of clubs which included the Cronulla-Sutherland Sharks, North Queensland Cowboys, Sydney Roosters, Parramatta Eels, and the Brisbane Broncos.