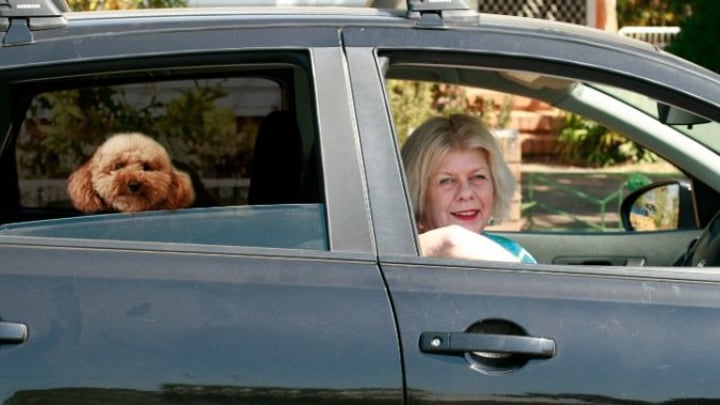 Jolie Wheeler, pictured with her 'client' Darcy, finds pet-sitting a good match for her needs.

The data came from PetCloud, which is like Airbnb for pets in that it connects pet owners with pet sitters around Australia who’re happy to look after their furry friends for a price.

Sitters can also offer additional services, such as ‘taxiing’ pets from place to place, taking them to the vet, grooming or walking them, at an extra cost.

In return, pet owners can give feedback on sitters, and can search specifically for sitters that are RSPCA-accredited, police-checked, and have first aid skills, amongst other attributes.

The Australian-owned business did the stats on its pet sitters and found that although people aged 55-plus made up a tiny 3 per cent of its sitters, they were smashing the competition, taking more than 20 per cent of all the sitting jobs available. By doing so, they were earning five times more than younger sitters.

The company, which donates 20 per cent of its booking fees to the RSPCA, sells pet sitting as neat way for Baby Boomers to boost their retirement income, while working from home at hours that suit them. Sitting jobs can cover pet owners’ responsibilities while they’re on holiday, but also in unexpected situations such as when they’re sick, take on shift work, or are moving house, so can last from a day to weeks.

Jolie Wheeler says pet sitting suits her because it offers the opportunity to work as little, or as much, as she wants in retirement. And there’s another lure. “There’s serious money to be made,” she reckons.

Would you consider pet sitting to boost your retirement income?