Storm season is here, so make sure your home is covered 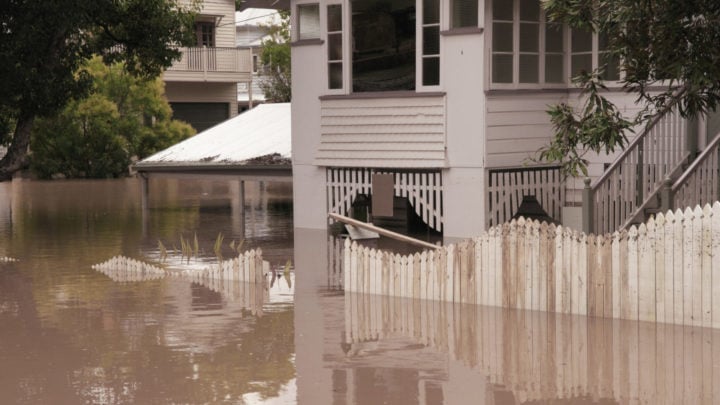 The summer storm season has started in Australia, with floods, hail and lightning strikes a risk, particularly for Aussies in the top end of the country.

The state emergency services offer great advice for preparing your home and local community for storm season, such as clearing your guttering of debris, securing loose outdoor items and talking to your neighbours about how you might respond in an emergency.

But sometimes the best preparations aren’t sufficient to protect your property, so it’s also important to check your home insurance policy to ensure you understand what damage is covered.

What does ‘storm damage’ mean in insurance?

Storm damage is, generally speaking, covered by all Australian home insurance policies but there are some grey areas because not all insurers cover the same types of events or situations. That’s because there is no standard definition of what storm damage is and what it entails.

This could soon change, with the Australian Competition and Consumer Commission releasing an interim report earlier this year that recommended insurers agree a standard definition of storms (although there is, as we explain below, agreement on the definition of some storm impacts). But until then, make sure you double check what’s included your policy.

According to the Insurance Council of Australia, flooding is one of the most common inclusions of storm cover – about 96 per cent of policies purchased each year have flood cover. And since 2012, there has been a standard definition of flooding for both home and small business insurance policies.

“In broad terms, flood is the covering of normally dry land by water that has escaped or been released from the normal confines of any reservoir, canal or dam, any lake, river, creek or other natural watercourse,” Insurance Council of Australia spokesperson Lisa Kable says.

Kable says the options and inclusions on storms are always clearly explained by the insurer at the time of purchase so if you’re unsure, don’t hesitate to ask the insurer for an explanation of coverage before you take out a policy.

If you already have a home insurance policy in place, you can check to see what you’re covered for when it comes to storm damage by reading over your policy’s product disclosure statement (PDS). This document provides a breakdown of what you are and aren’t covered for and the definitions of each of those events or situations.

If you are confused by anything in the policy, Kable recommends contacting your insurer for help interpreting the language in its PDS.

Know if you’re underinsured for storms

The north and east of Australia are particularly prone to storms, cyclones and other damaging weather events, which means residents run a higher risk of sustaining damage to their property. For this reason, insurers generally charge a higher amount for home insurance in areas prone to storm damage.

The ACCC report released this year found that, indeed, residents across northern Australia had suffered sustained and steep rises in the cost of cover, to the point that there was a risk some people may choose to be uninsured.

If you’re in this situation, you may be tempted to reduce or forego entirely your insurance to cut your costs but Kable says one of the major mistakes made by Australians is under-insurance. She recommends researching your local area to better understand the risk to your home and make sure you have sufficient cover.

“Property owners who live in high-risk regions, such as those prone to bushfires, cyclones or floods, should check their exposure with their local council,” Kable suggests. “Councils are best placed to advise their ratepayers on their bushfire or other exposure and whether a home might need to be rebuilt to a higher standard. This could require a higher sum insured.”

You can also use Understand Insurance‘s online calculators to give you a rough estimate of the cost  of replacing your buildings and contents, which you can then check against the sums insured in your policy.

Choice home insurance expert Daniel Graham says you should document any damage to your home caused by a storm as soon as possible, by taking photos as proof of what has occurred and making notes to pass on to your insurer. If your insurer has a 24-hour phone number, its best to call it as soon as possible to book in an assessor to inspect the damage, he adds.

However, it’s important to note that if storm damage is widespread in your area, there could be a delay in when an assessor can attend the property. Your insurer will able to keep you informed of the assessors’ availability.

And of course, if you live in an area that’s been evacuated due to the danger posed by a storm, you should not risk your own life to protect your property or to catalogue the damage and make calls to your insurer. Put your safety first.

Have you experienced an extreme weather event? Did you find your insurance cover was enough or were you left out of pocket?