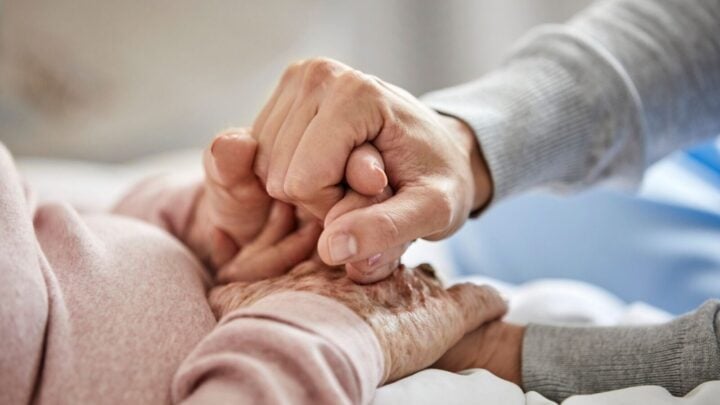 The government will use the mid-year budget update to fund extra home care packages. Source: Getty.

The federal government will lift home care funding by another $1 billion, of which $850 million will pay for 10,000 additional home care packages (HCPs), Prime Minister Scott Morrison said on Wednesday, ahead of the annual Mid-Year Economic and Fiscal Outlook (MYEFO).

The funding will be formally included in the MYEFO, which will be revealed by Treasurer Josh Frydenberg on Thursday. The additional $1 billion comes on top of the $1.6 billion in funding included in the government’s October budget, which was set aside to pay for 26,000 HCPs.

The $150 million not being used to fund HCPs will be spent on improving the aged care sector’s response to Covid-19, as well as increasing access to allied health services and boosting mental health support for aged care residents. Aged care residents made up 685 of the 908 deaths Australia has recorded from Covid-19 so far, with all but 30 of those nursing home fatalities occurring in Victoria.

Morrison called the health and wellbeing of older Australians an “absolute priority” for his government.

Peak body Council on the Ageing Australia (COTA) welcomed the additional packages, which CEO Ian Yates said was a promising step toward ensuring older Australians weren’t prematurely forced into residential aged care because their conditions worsened while they waited for a HCP.

“Time and again, older Australians tell us they want to live at home for as long as they can, with current forms of residential care a last resort,” Yates said. “However, each year 19,000 people who are approved by government for home care are forced into residential care before they receive a package. Tragically, another 10,000 die while waiting for the care they need and deserve.

“The current system simply isn’t working, with many people waiting over 12 months for their package and lots of money being wasted.”

The Royal Commission into Aged Care Quality and Safety released its interim report in October 2019, in which the commission said that the waitlisting system used by the federal Department of Health to distribute HCPs was “cruel and discriminatory”.

“It is shocking that the express wishes of older people to remain in their own homes for as long as possible, with the supports they need, is downplayed with an expectation that they will manage,” the report said. “It is unsafe practice. It is neglect.”

Since the release of that interim report, the government has funded almost 50,000 additional packages at the cost of $3.3 billion. The extra packages are expected to increase the number of Australians receiving home care to approximately 195,000 by June 30, 2021.

But Pat Garcia, CEO of Catholic Health Australia, the biggest group of non-profit health and aged care services in the country, noted that there was still a long path ahead given the 100,000 people still awaiting a HCP.

“The Morrison Government, to its credit, has recognised the yawning gap between seniors seeking home care and the packages available,” Garcia said following the MYFEO announcement on Wednesday. “At every opportunity available the Morrison government has increased the number of packages available.

“Today’s funding announcement will change the lives of many older Australians and their families who will be able to live with greater comfort and security in their own homes. However, it is important we recognise that leaves around 100,000 older Australians still languishing without the support they require. As a nation we can and must do better.”

Does the government devote enough funding to home care and aged care? How should it find the funds to spend more?