Cost of death: The most expensive cities to die in Australia 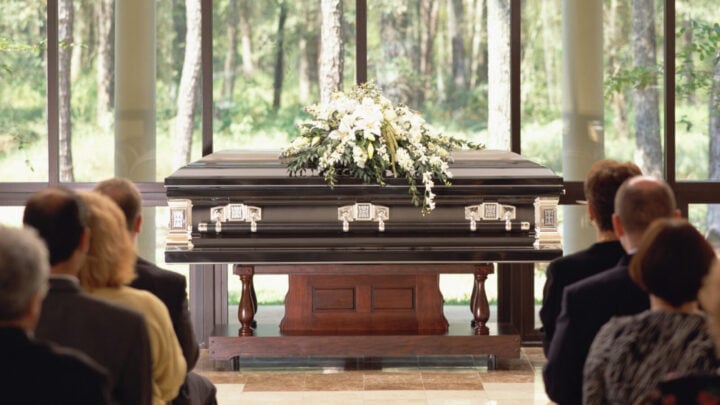 While we can all rest easy knowing our money woes will be over once we’re dead, funerals are a costly event that often leave family and loved ones baring the brunt of the stress. Now it’s been revealed that where you die can also affect the financial burden we leave behind, with the cost of funerals varying dramatically across Australia’s capital cities.

In addition, Finder also revealed that one in three Aussies have no financial safeguards in place to cover the death of a family member, and many of those surveyed were unsure how, or even if, their family would be able to manage financially without them.

So, what is the best way to plan for your funeral and what happens if you can’t find the money to bury a loved one?

How to keep funeral costs to a minimum

Shopping around and using comparison websites are two of the best ways to ensure your money is being well spent and that you’re avoiding funeral providers with a bad name.

For those looking to cut costs, a cremation rather than a burial is the best option. A direct cremation, where no service is involved, is usually the cheapest option of all and allows you to plan a private memorial without having to pay for venue hire or for someone to run the service. Coffin rental may also be a good option to reduce costs as the cremation itself only requires the use of a cardboard ‘cremation capsule’.

For those who want to be buried, shopping around for a coffin is advised as prices vary and some providers have been accused of marking up the price of coffins to subsidise less profitable parts of the funeral business. You may be able to order a coffin online (if time isn’t of the essence), or even make your own — however keep in mind that some funeral homes may charge or even refuse a coffin they did not provide themselves.

Additionally, finding ways to do things yourself will help reduce costs. Consider asking guests to bring flowers, or holding the ceremony in the backyard rather than a chapel. Taking on more of the planning will help you keep costs to a minimum, while still arranging a respectful send-off.

Purchasing a pre-paid funeral can work particularly well for Age Pension recipients because the funeral you’ve bought isn’t considered an assessable asset under the assets and income tests Centrelink uses to determine pension eligibility and payment – as long as your pre-paid contract sets out what funeral services you’ve paid for and states that there are no more funeral costs to pay.

Pre-paid funerals retain that assessment exemption no matter how much you spend on your future funeral. That means owning a pre-paid funeral won’t cause your pension to be reduced and, as Simplicity Funerals points out, could even help you qualify for a pension or increase your pension entitlement by, in effect, reducing an assessable asset such as cash.

Funeral bonds are similar to pre-paid funerals in that they are designed to pay for a future funeral but instead of the purchaser buying specific funeral arrangements, they purchase a bond (you can buy a bond by paying monthly instalments or by contributing a lump sum). The money used to purchase the bond is invested by the bond provider – usually a funeral fund or insurer – until your death, at which point the money (both your original capital and the returns made during the invested period) is released to your estate or your nominated funeral director.

The key difference between pre-paid funerals and funeral bonds is that bonds don’t always guarantee a particular standard of funeral. This could be a disadvantage as the impact of inflation may mean that the sum you invest ends up being insufficient to cover the cost of the funeral you would have wished for. But funeral bonds also don’t require the purchaser to think about the specific details of their funeral at the time of purchase, so could suit you if you’d rather not go through selecting flowers and a coffin but just want your family to have the security of knowing some cash will be available when the time comes.

Funeral bonds are exempt from the income and assets tests if they are assigned to a specific funeral director and you have a contract that sets out which funeral services you’ve chosen, and that those services are paid for in full. Funeral bonds are also exempt from the tests if your investment is no larger than $13,500, which is called the Funeral Bond Allowable Limit. This limit is updated every July in line with inflation.

It’s important to know, though, that if your bond does exceed the threshold and otherwise failed to qualify for assessment exemption, then the whole bond, not just the sum above the threshold, will be treated by Centrelink as a financial investment and assessed for impact on your Age Pension payment.

Burial plots aren’t assessable by Centrelink so no matter what the value of a pre-purchased plot, there is no requirement to inform Centrelink that you own it.

While funeral insurance is one of the most widely advertised ways to cover costs, experts say the scheme rarely pays off.

Australians spend over $300 million annually on funeral insurance premiums, but of those policies, less than 20 per cent are paid out, and for many people the amount they contribute is often more than the payout their family receives after they die. Additionally, if you ever decide to stop paying for funeral insurance you forfeit the money you’ve already paid.

What happens if I can’t afford a funeral?

If a loved one has passed and you can’t cover the cost of the funeral, there is assistance available. If both you and your partner were receiving a Centrelink payment, such as the pension or income support for 12 months prior to their death, you may be eligible for a bereavement payment, paid in a lump sum for up to 14 weeks after the death.

Some banks will allow families to access the deceased’s money to pay for a funeral. Banks can release funds from the estate to pay for funeral costs, even if the bank account is frozen. This can be paid to the executor or administrator acting for the estate, or the person who organised or paid for the funeral with their own money. They just need to provide the bank with an invoice or receipt for the funeral service.

Have you organised your funeral?