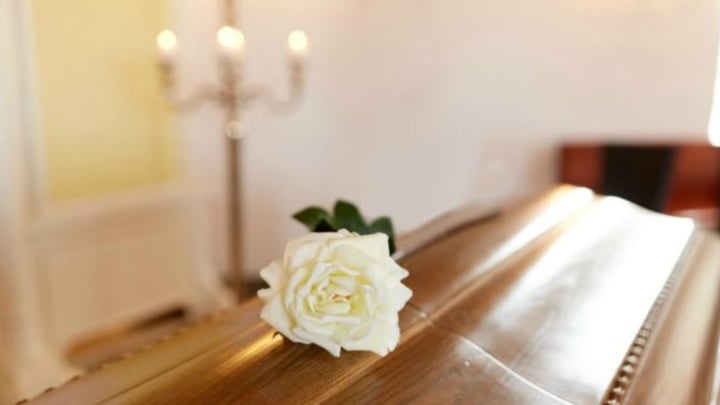 Australians have moved away from the traditional burials and towards alternative options such as green burials. Source: Getty

The days of arranging a simple burial for a loved one seem to be becoming a thing of the past as an increasing number of people go with more unique and unconventional ways to farewell their nearest and dearest.

From live-streaming the procession to family members and friends who are unable to make it in person, to having a body turned into compost that can be used in the garden, the options truly are endless with more and more people choosing to forego the traditional and once-loved services.

In fact, according to industry research company IBISWorld, funeral directors across the globe have strayed significantly away from religious services in recent years with the ability to provide innovative alternatives for families.

Instead of offering a blanket option for all, funerals directors have begun to embrace new trends in order to differentiate their services from the competition.

“Religious services have declined in popularity among many demographics and friends and family have increasingly looked to new and unique ways to celebrate the lives of the deceased,” IBISWorld Senior Industry Analyst Tom Miller explained.

Live streaming is popular with those who have loved ones spread across the world, giving friends and family who might not otherwise have been able to attend the funeral the opportunity to take part in the proceedings.

Company OneRoom Funeral Webcasting came up with the idea to set up a series of cameras inside a venue which can stream live footage of the ceremony anywhere in the world, with just the click of a few buttons. Once a service has been booked and scheduled, email invitations are sent out to guests with secure login details, allowing people to access the service using the Internet.

When the service is scheduled to start the cameras turn on automatically and record for an allotted time period. The footage is then streamed live and can also be recorded to be viewed at another time.

Meanwhile, according to IBISWorld cremation has also been an increasingly popular option over the past five years, with approximately two-thirds of deceased individuals in Australia being cremated.

The expense and lack of suitable land for traditional burials has added barriers, leading individuals down the path of cremation and aiding the rise of green funerals, which have an emphasis on reducing the environmental impact of a burial.

“Traditional burial services can have a significant effect on the environment with embalmed bodies and traditional coffins taking prolonged periods to break down,” Miller explained. “Additionally, cremation has significant requirements and has been linked with particulate and harmful mercury emissions into the atmosphere (caused by incinerating fillings in teeth).”

According to IBISWorld, innovations regarding green burials have increased in popularity over the past five years, including services at green burial or bushland sites; the use of biodegradable coffins made of cardboard, wicker or a simple shroud; avoiding the use of headstones; and using shallower graves that don’t require heavy earthmoving equipment. Some firms have also experimented with alternatives to energy-intensive cremation, such as water cremation.

Meanwhile, earlier this year the state of Washington in the USA became the first place to legalise the process of turning bodies into soil in a new environmentally-friendly burial trend, The New York Times reported.

Alternatively, funeral homes and support groups have begun catering to DIY funerals. This option allows friends and family an unprecedented level of control and engagement with their loved one’s celebrations and can involve everything from home made caskets, transporting the deceased, storing the deceased at home and preparing the body for burial.

Have you thought about what you would like your funeral to be like? Would you prefer to go down the traditional path or have you considered an alternative option such as green burials?