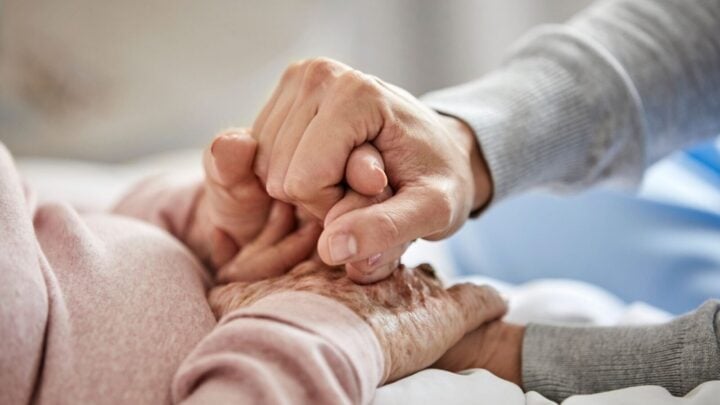 The new report has suggested weeding out the worst providers before rejigging the aged care system entirely. Source: Getty.

The federal government needs to spend an additional $7 billion a year, plus set up a one-off $1 billion “rescue fund” aimed at fixing the worst residential aged care providers, in order to bring Australia’s aged care system up to a more acceptable level, according to an influential think tank.

Among the Grattan Institute’s detailed suggestions for reform, it advocated that the government implement a form of “universal aged care” that involved residents paying rent to live in nursing homes, with a system of means-testing to ensure those who genuinely couldn’t afford rent could pay less or not at all.

The current aged care system had “let down” older Australians through unacceptable waiting times, neglect and abuse, as well as the hundreds of Covid-19 deaths that have occurred this year nursing homes, the institute said.

The institute calculated the aged care funding would need to increase by 35 per cent a year – equivalent to an additional annual payment of $7 billion – to cover the costs of providing sufficient support and care to older Australians. This figure would be likely to rise in coming decades as the ageing population continued to expand, it added.

In the 2019-20 Budget, the government committed $21.6 billion in funding for aged care, including home care and residential aged care.

But prior to rejigging the whole system, the institute suggested that the government focus on fixing the biggest problem areas to ensure reform was possible across the board. This would require setting up a one-off $1 billion national fund that would force the worst providers of residential aged care to either lift their game or be “driven out of the system” altogether.

After weeding out the “rogue proprietors” in the sector, the new, multi-billion dollar spending boost would be used to develop a rights-based system that would guarantee more attentive care on an individual level by increasing the number and training of carers within the system.

This rights-based approach would involve dividing the country into 30 regions, each with a “system manager” responsible for delivering individual support plans in their area. Then, to ensure no one was falling through the cracks, each older Australian be assigned a local “assessment officer” who would assist them in drawing up a personalised support plan. Individuals would also have access to a local “support manager” to act as their advocate in ensuring the services they needed were delivered.

Aged care homes would be required to meet an increased carer-to-resident ratio and provide nursing supervision 24 hours a day, while ensuring that carers were registered, better trained and better paid under the increased funding model. The Grattan Institute report noted that the government didn’t currently set compulsory minimum staffing levels for residential aged care and didn’t routinely capture staffing data, but rather monitored it on a four-yearly basis.

The provision of care in residential facilities has been in the spotlight during hearings of the Royal Commission into Aged Care Quality and Safety. In October, the senior counsel assisting the commission recommended mandated staffing ratios to improve the sector. In 2019, an an aged care amendment bill was put parliament that would have forced providers to publicise their carer-to-resident ratios but that bill wasn’t passed, leaving the topic up for continued debate.

Those not in favour of mandated staffing levels included aged care consultancy Ansell Strategic, which responded to the royal commission in 2019 that fixed staff ratios would increase economic and administrative burdens and have implications for consumer choice, and would be difficult to meet given the wide variety of user needs and staff skill levels.

The new Grattan Institute report, however, said that mandatory staff ratios would, in addition to improving the care received by older Australians, create an additional 70,000 jobs that would, in turn, assist Australia’s economic recover from Covid-19. It suggested that the new system be phased in over three years, and advocated for a trial to start in South Australia and Tasmania in 2021.

The royal commission is due to deliver its final report by February 26, 2021, but its interim report, handed down in October, was scathing of the Australian aged care sector, saying that it displayed an “absence of innovation” and “rigid conformity”, and that it “lacks transparency in communication, reporting and accountability”.

“We have found that the aged care system fails to meet the needs of our older, often very vulnerable, citizens,” the interim report said in its foreword. “It does not deliver uniformly safe and quality care for older people.  It is unkind and uncaring towards them. In too many instances, it simply neglects them.”

What do you think is needed to improve the aged care system?