‘A drop in the ocean’: Over 60s weigh in on the recent age pension increase 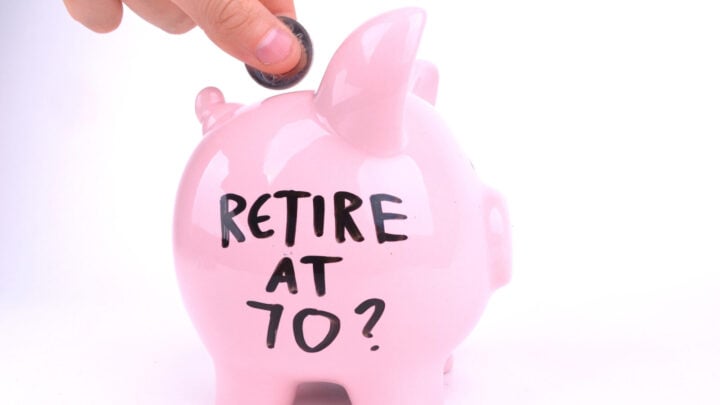 Although the age pension increase was welcomed by some, is it enough to cover the rising cost of living, and will those on the age pension be any better off following the payment increase? Source: Getty Images.

As the cost of living continues to skyrocket, seniors were offered somewhat of a financial lifeline on Monday, September 5 after the Federal Government announced that age pension payments would increase from September 20, in what will be the “largest indexation increase” for pensioners in 12 years.

Minister for Social Services, Amanda Rishworth, said the Consumer Price Index (CPI) is the driving factor behind the rise, noting the CPI had surpassed the Pensioner and Beneficiary Living Cost Index.

“We want to ensure Australia has a strong social security safety net to protect our most disadvantaged,” Rishworth said.

“Our guiding principles as a Government are ensuring no one is left behind and no one is held back and this indexation increase will help those on Government payments keep up with the cost of living.”

More than 4.7 million Australians will receive a much-needed boost to their social security payments from this month to help ease cost of living pressures.

Although the move was welcomed by some, is it enough to cover the rising cost of living, and will those on the age pension be any better off following the payment increase?

Compare the Market’s General Manager of Media & Communications, Chris Ford offered a brief explanation as to the process that the government undertakes to determine the rate of increase.

“In a nutshell, there’s actually an automatic adjustment of pension payments and allowances every six months. Payments are adjusted in line with any changes to the Consumer Price Index, which measures household inflation and pricing changes for goods and services like food, clothing, insurance and transport,” Ford explained.

“Anyone who’s filled up at the petrol bowser, went grocery shopping or paid an energy bill this year knows that we’re forking out more for these expenses. The increase of $38.90 a fortnight for singles and $29.40 for couples isn’t surprising.”

The simple nature in which the increases are determined come as little comfort to our Starts at 60 readers who are of the view that the increase will do little to help pensioners cover the rising cost of essentials and that the increase “is an insult to pensioners” and that it is “still not enough to make ends meet”.

Marg* believes that “there should be increases made regularly, I don’t know how those who don’t own their own home manage at all, and single pension needs to be increased”.

The increase was an “insult” to Sheila* who suggested that pensioners get “rises per week not fortnightly”.

“The amount is an insult to pensioners who have worked hard all their lives when you think how much politicians get in their pay rises. Pensioners should get rises per week not fortnightly to make a difference, also couples should get double they are not attached at the hip they are separate people,” she said.

Olga* said seniors “deserve more” and claimed any increase will be diminished by rising energy costs.

“This increase is already eaten up before we receive it. Pensioners are below the poverty line we need a decent living pension not have to choose between having a meal or getting medication or going to bed at five in the evening because we can’t afford the electric bill,” she explained.

Elizabeth* said the increase “will help”  but given that “the cost of everything has gone up” it will offer little respite.

“I feel that an increase of $50 per week would have been more realistic together with bigger discounts on electricity, gas, rates etc,” she said.

Helen* “was very happy with the increase” that was until her “rent went up and took it all”.

Anne* suggested that “our politicians should try living on the pension”.

“Forthcoming pension rise is not enough to cover the increases in food, fuel, electricity, insurance, and the list goes on and on,” she said.

Bev* compared the increase to a “drop in the ocean” particularly “when rent is going up 40 dollars a fortnight”.

Shirleen* said that the increase is “definitely needed, but still not enough to make ends meet”.

“$50 a week would be the right figure to help us meet food prices, rent rises, petrol and everything else that’s gone up, but that will never happen, I appreciate whatever I get,” she said.

Following the increase, Pete* was irritated that those making the big decision “have no idea what it’s like to live” on the pension

“But it sure is nice to actually get an increase,” she said.

Tracey* did “appreciate the increase” but didn’t “feel it is sufficient to meet inflation”.

“My rent has increased dramatically, the electricity bills have risen, my storage bill has just increased by $40 and the food bill is insane for one person. I need help!” she said.

Ford shares similar sentiments to the over 60s in regard to the recent age pension, claiming the ongoing rise in the cost of living has “created a perfect storm” for seniors who are already struggling to make ends meet.

“The worsening energy crisis, insurance premium hikes, rate rises, soaring fuel costs and the skyrocketing price of groceries have created a perfect storm for many older Australians who are already doing it tough, so any increase to the age pension is welcomed news,” Ford said.

“However, things are going to get worse before they get better and many seniors may continue to struggle – even with the upcoming boost to their fortnightly pension.

“We know the fuel excise is returning to its full price by the end of the month, so Baby Boomers can expect to pay at least 22 cents more per litre to fill up the car. We’re seeing energy retailers remove their cheaper offers from the market, while some households have already seen their gas and electricity bills double in the past few months. Along with rising home loan interest rates and many health funds increasing their premiums, it’s going to be an expensive end to 2022 for many seniors.”

Financial Planner at Endorphin Wealth, Michael Alexander Sauer agreed, claiming that “the base level is too low for seniors relying on full age pension”.

“The CPI increases occur in arrears meaning the pension payments are often ‘catching up’ to surging inflation seniors have already experienced,” Sauer said.

With so many over 60s expressing that the September 20 age pension increase does little to alleviate the ongoing struggle with surging power bills and the weekly cost of groceries, Ford suggests that “just as you’d search for the best discounts at the supermarket, now’s the time for seniors to stop paying more than they need to for the services they need”.

“If it’s been a while since you’ve compared energy retailers or insurance providers, you could be forking out hundreds of dollars more than you need to,” Ford explained.

“Other retailers or providers may be able to offer the same plan or policy at a discounted rate or with better perks or incentives, so compare what else is out there. The best part is it’s a lot easier to switch than people think, so you could be saving money instantly.

“Similarly, with fuel prices expected to jump in the coming weeks, using fuel comparison apps is another simple way to save some cash. Sometimes the difference between fuel stations can be as
much as 40 cents a litre, so it pays to do some research and compare.

“And, making the most of your Seniors Card is one of the easiest ways to claw back cash. While you may already be utilising your card for cheaper public transport, discounted movie tickets and meals, there are also savings available on travel, energy, solar, health services, petrol and more. Thousands of businesses across Australia offer great offers for seniors and each state and territory’s
government website lists all the discounts you can take advantage of.

“For example, electricity retailers like AGL offer exclusive senior saver plans with fixed rates and no exit fees. Meanwhile, you may find travel insurance deals with significant savings on premiums and even health discounts on prescription glasses, dental and denture care and physiotherapy.”

Financial Adviser Craig Green from Green Associates suggests that the “first step” for those struggling to make ends meet “is to know exactly what the expenses are, not just the large expenses but the smaller ones too”.

“Once known, some of the expenses can be reviewed to see if there are alternative providers at more competitive prices,” he said.

“Age pensioners need to ensure that they are receiving all the concessions that are available to them.”

Despite there being measures available to make your dollar stretch further, Green concedes that “more needs to be done to protect low asset pensioners but it won’t be done through CPI increases as they are not policy driven”.

The age pension is the most common form of income support available to those aged 65 and over. According to the latest data from the Australian Institute of Health and Welfare, as of March 26 2021, approximately 2.6 million people received the age pension, or 62 per cent of the population aged 65 and over.

You can find out what payments and services you are entitled to via the Services Australia website.