Over-60 and fabulous! The best dressed celebrities of 2019 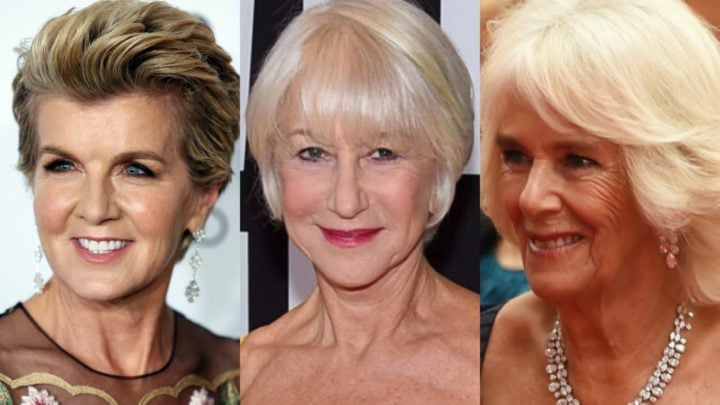 With just two days to go until we enter the next decade, we’re taking a trip down memory lane and revisiting some of our favourite looks from the past year.

From royals to Hollywood celebrities, there have been some stylish ensembles on and off the red carpet, with ethereal, voluminous gowns taking the lead. It’s often been said that everything comes back into style eventually, and this year’s biggest trends have certainly taken a cue from the past.

So, as we prepare to welcome a new year of style, in no particular order here are Starts at 60’s best-dressed stars of 2019.

If there was a top red carpet contender for 2019, it has to be Helen Mirren — there wasn’t an outfit we didn’t love.

While she made headlines earlier this year in a beautiful floral dress, it was this stunning yellow gown that she wore to the premiere of her latest film The Good Liar in November that really stood out. The vibrant dress featured a plunging V neckline, cinched waist and long sleeves — what a combo!

The television star rarely pops up on major red carpet events, but showed up to the TV Choice Awards in September in this slinky sequin dress. Anne ‘The Governess’ Hegerty is better known for her smart grey suits and bare-faced appearances on the popular TV show.

But, Anne wowed crowds in the floor-length gown which featured beautiful sequin detailing while she paired the ensemble with nude flats, a small rose-gold mirrored clutch bag and some statement earrings.

Julie Bishop was renowned for her flawless style during her time in Canberra, regularly donning designer dresses and killer heels and, if anything, she’s ramped it up since calling time on her political career.

The former foreign affairs minister made quite the retro fashion statement in this embroidered fit-and-flare style for the GQ Men of the Year Awards in November.

Sticking to her favourite uniform of a shift dress accessorised with a hat, gloves and pearls, Queen Elizabeth has stunned all year round. However it was this pretty peach ensemble, which she wore to attend church in February, that captured our attention the most. The Queen looked gorgeous in the peach woollen coat and a hat in the same colour.

There are style risk-takers, and then there’s Rod Stewart. The ‘Maggie May’ singer has never been one to shy away from an eccentric outfit, and Rod looked incredibly fashionable in a smart pair of tan trousers paired with a long, beige jacket, yellow tie and a patterned cap for an outing at Prestbury Park in England earlier this year.

Camilla, the Duchess of Cornwall, is often seen in smart, colourful skirts and jackets reminiscent of the monarch’s own wardrobe. However it was this elegant navy dress which she wore to the Olivier Awards in April that really stole the show. The flattering dress, which cinched at the waist, featured stunning silver detailing and a dramatic neckline.

It’s not a best-dressed list without Susan Sarandon! The American actress made a bold statement in March at a movie premiere in France with a creative and colourful tie-dyed outfit. Susan certainly turned heads as she stepped out on the red carpet in this red-and-purple floor-length frock, which she paired with a matching tailored jacket.

Melanie Griffith doesn’t attend many Hollywood parties these days, but she went all out in this slinky black suit for a star-studded event in California last month. The actress looked sophisticated at the launch of Victoria Beckham’s new beauty collection, wearing a tailored black suit with a lace blouse underneath. The Working Girl star cleverly kept the slightly oversized blazer fastened so it cinched at her small waist with a button. The matching trousers had a slight flare, allowing her silver heels to peep out.

Which was your favourite?