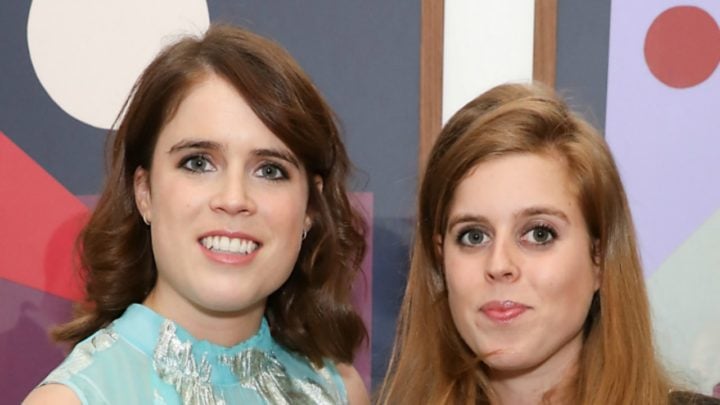 Princess Eugenie exuded glamour as she stepped out in a stunning pale pink and aqua frock for an outing with older sister Princess Beatrice in London this week.

The young royal absolutely glowed in the long dress which featured a beautiful silver pattern at the Animal Ball Art Show on Wednesday alongside her beloved sibling. The frock is said to be worth around £1,900 ($3,498) and was designed by Peter Pilotto who famously created her wedding dress, according to The Daily Mail.

Standing tall in silver heels, Eugenie sported a big smile on her face as she posed for photos, her gorgeous brown locks styled in soft waves to her shoulders. The 29-year-old complimented the outfit beautifully with a swipe of blush on her cheeks and soft pink lip.

Meanwhile Beatrice opted for a much darker colour scheme for the event presented by the Elephant Family, wearing a striking crimson dress which sat just above her knees. The 30-year-old paired this with a statement black jacket, which featured a dramatic fringed hem, gold flats and a green velvet handbag.

The sisters attended the exhibition and auction in support of the Elephant Family, a charity which raises funds to mitigate human-wildlife conflict throughout Asia. A number of talented artists reportedly donated works for the occasion which were up for sale to the flurry of attendees.

It was a busy day for Eugenie who was spotted earlier in the day at the Duke of Edinburgh Gold Award’s presentation at Buckingham Palace. Prince Andrew’s daughter sported the same beautiful frock for the event where she was seen mingling with the worthy recipients.

The princess posted a number of snaps from the royal outing which was also attended by her aunt and uncle, the Earl and Countess of Wessex.

Read more: Princess Eugenie shares rare selfie in honour of ‘one of a kind’ husband’s birthday

“Honoured the join my uncle and aunt, the Earl and Countess of Wessex today at Buckingham Palace to hand out @dofeuk Gold Awards,” Eugenie wrote in a post on Instagram.

“It was fantastic to meet all the young men and women who have achieved so much.”

A total of 3,000 people from across the country received the coveted award in the gathering in the gardens of Buckingham Palace. The award was founded in 1956 by the Duke of Edinburgh and is now considered the world’s leading youth achievement award.

Are you a fan of Princess Eugenie and Princess Beatrice? What do you think of their outfit choices?