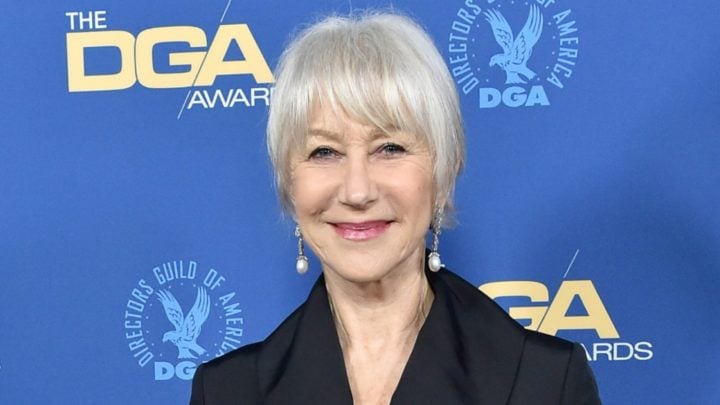 Helen Mirren attended the 71st Annual Directors Guild of America Awards in Hollywood, showing off her style in a stunning outfit. Source: Getty

She’s 73 years young and Dame Helen Mirren have proven once again that age is no barrier when it comes to fashion and style.

The English actress was one of the big names to attend the 71st Annual Directors Guild of America Awards in Hollywood over the weekend. The Directors Guild of America represents the creative and economic rights of directors and members of the directorial team working in film, television, commercials, documentaries, news, sports and new media. The ceremony in Los Angeles honoured some of the biggest achievements in film over the past year.

For the outing, the Woman in Gold star opted for a stylish black outfit. She wore a trendy long-sleeved top, complete with a train and a chunky black belt that she wore around her stomach. While many women opt for stunning gowns or dresses for Hollywood events, the Calendar Girls star opted for a modern pair of trousers.

The star accessorised with a black clutch and a pair of earrings, and added a pop of colour to her ensemble with a bright pink pair of heels. As she has done for some time, Helen proudly showed off her silver locks in a classy hairstyle.

Helen also posed alongside her husband Taylor Hackford. The pair married in 1997 and Hackford is the former president of the Directors Guild of America. While his wife has had success in the entertainment industry, he’s also an Academy Award Winner, scoring the nod for his short film, Teenage Father.

With award season here for another year, it’s not the first glamorous outfit the Winchester star has been spotted in. Attending the 162nd Academy of Music Anniversary Concert & Ball in Philadelphia last month, Helen stole the show in a floor-length blue and silver sequinned dress.

Complete with a slit up the back, the star wasn’t afraid to show off some skin. The dress had a daring v-neckline and clinched in at the waist with a black band, before falling down to her feet in a skin-tight look.

The latest look comes less than a week after the Eye in The Sky actress revealed the very cheeky nickname Prince Harry once gave her. Appearing on Good Morning Britain last week, the screen legend said that the young royal had poked fun at her previous role as Queen Elizabeth in the Academy Award-winning film, The Queen.

“They have mentioned it to me and they have been very funny about it and very cool about it,” the Gosford Park star admitted. “I think Harry once said, when I was at an awards ceremony, he said, ‘And Granny is here’. I was rather insulted by that.”

What are your thoughts on Helen’s style? Is this something you’d wear for a night out?