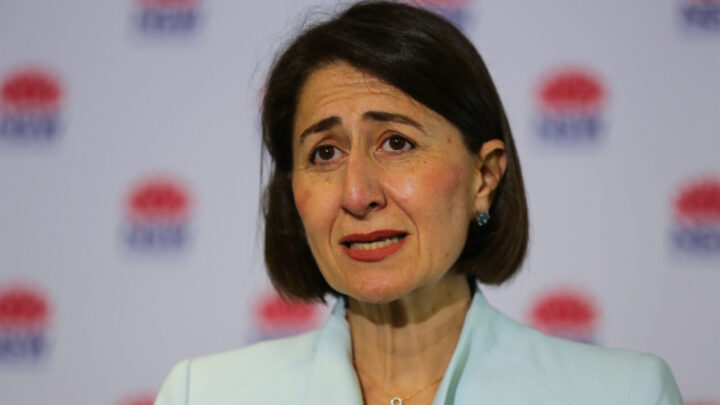 We’re use to seeing the New South Wales premier in structured, conservative clothing, often in hues of black, grey and navy, however, Gladys Berejiklian is almost unrecognisable in a new magazine shoot with The Australian Women’s Weekly.

The lifestyle magazine shared images from the laidback photoshoot, which feature in the latest edition of the magazine out this week, on its Instagram account on Thursday. The premier can be seen posing in a beautiful striped blue off-the-shoulder maxi dress, cinched in at the waist.

According to the Daily Mail, the gorgeous dress is designed by Aussie fashion label Carla Zampatti. The look was completed with a pair of nude slip-on flats, adding a flair of effortlessness to the ensemble, while Gladys’s hair was styled in soft waves. It’s not clear where the photo was taken, and whether it was in fact Gladys’ home in Sydney, but the premier appears to be posing in a stunning outdoor area.

A post shared by The Australian Women’s Weekly (@womensweeklymag)

Fans were impressed with the photoshoot, with one commenting: “Beautiful and strong woman. I admire her. Love her dress and the natural photo.” Another simply stated: “Love this woman.” While a third said: “So much respect and admiration for this great premier. Love her dress and she’s looking beautiful.”

In the accompanying interview the premier opened up about the drama surrounding her personal relationship with former MP Daryl Maguire. In October 2020, it was revealed that the pair had a relationship for a number of years, a fact Gladys later confirmed. However, at the time, the premier’s former flame was under investigation for allegedly using his position in parliament to further his business interests, which you could imagine did not sit well with Gladys’ critics and led to calls for her to step down as premier.

Now speaking to the The Australian Women’s Weekly, Gladys revealed neither her parents, or her sisters, “with whom she is close”, knew about her relationship with the former MP, something, she says, she now regrets.

“I couldn’t,” she said. “I wasn’t allowed. There was a process in place … I just knew I had to deal with it myself.”

The premier also spoke about how it felt to have her privacy invaded, saying: “But that’s the thing about public life. Even if you’re a very private person, which I am — I’m still very private – even so, there’s nothing about you that’s off limits, unfortunately. Sometimes it verges on disrespect, but that’s just the way it is and you have to accept that.”