This hilarious grandpa is all of us discovering our real age 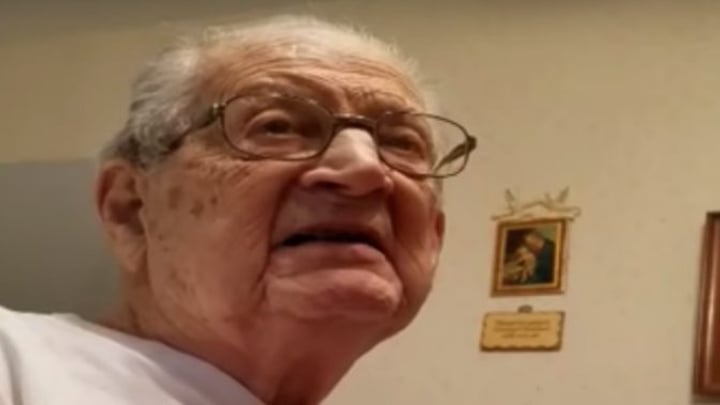 This grandpa has gone viral for not knowing his age. Source: Youtube.com/PinballWiz

Coming to terms with your real age can be something that many people struggle with. A viral video has sent the internet into a frenzy with a beloved grandpa finding out just how old he really is.

The video, which was originally uploaded to YouTube on February 7, has been viewed more than 3.9 million times and was the top-trending clip on the video-sharing website last night.

The short clip, believed to be uploaded by the man’s son, show’s the 98-year-old getting a little confused when asked to give his age.

“How old do you think you are?” the son can be heard asking his father. He initially informs his son that he’s 79, but he’s told that it’s much higher.

His son can be heard laughing at his confused dad, who continues to question is age. “How did I get so old so fast?” he asks, before his son informs him that he’ll be turning 99 this year.

It’s not the first time a person over the age of 60 has gone viral on the internet. Footage of an adorable grandma trying to use Google’s new Google Home device went viral last month when she couldn’t figure out the new technology. Instead of saying “Hey Google”, the Italian grandmother became frustrated when the device, designed to answer questions and complete tasks, wouldn’t work when she said “Hey Goo Goo”. When it did work, her reaction was priceless.

What do you think? Are you glad that over-60s have the potential to go viral online?