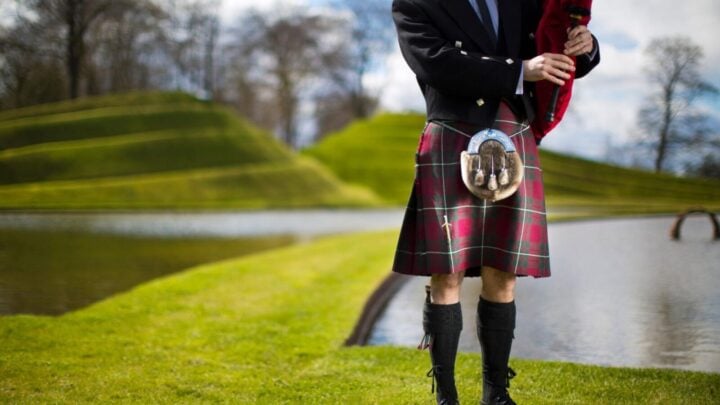 He decided to start his life in Australia. Source: Getty.

There was a young Scottish boy called Angus who decided to try life in Australia. He found an apartment in a small block and settled in.

After a week or two, his mother called from Aberdeen to see how her son was doing in his new life.

“I’m fine,” Angus said. “But there are some really strange people living in these apartments. One woman cried all day long, another lies on her floor moaning, and there is a guy next door to me who bangs his head on the wall all the time.”

“Well, ma laddie,” his mother said. “I suggest you don’t associate with people like that.”

“Oh,” said Angus. “I don’t, Mam, I don’t. No, I just stay inside my apartment all day and night, playing my bagpipes.”

Three old men are talking about their aches, pains and bodily dysfunctions.

One 75-year-old man says: “I have this problem. I wake up every morning at 7am and it takes me 20 minutes to pee.”

An 80-year-old man says: “My case is worse. I get up at 8am and I sit there and grunt and groan for half an hour before I finally have a bowel movement.”

“So what’s your problem?” asked the others.

Tom had a problem with getting up late in the mornings

Tom had this problem of getting up late in the morning and was therefore never on time for work. His boss was mad at him and threatened to fire him if he didn’t do something about it. So Tom went to his doctor who gave him a pill and told him to take it before he went to bed.

Tom slept well and in fact beat the alarm in the morning. He had a leisurely breakfast and drove cheerfully to work. “Boss,” he said. “The pill actually worked!”

“That’s all fine” said the boss. “But where were you yesterday?”