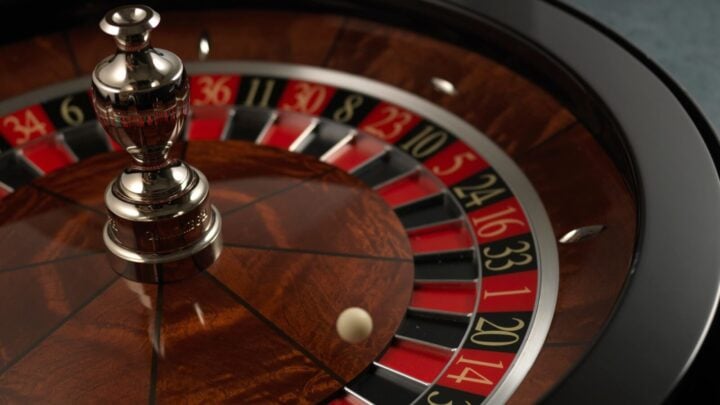 A guy gets home from work one night and hears a voice. The voice tells him, “Quit your job, sell your house, take your money, go to Vegas.”

The man is disturbed at what he hears and ignores the voice.

The next day when he gets home from work, the same thing happens. The voice tells him, “Quit your job, sell your house, take your money, go to Vegas.”

Again, the man ignores the voice, though he is very troubled by the event.

Every day, day after day, the man hears the same voice when he gets home from work. “Quit your job, sell your house, take your money, go to Vegas.”

Each time the man hears the voice he becomes increasingly upset. Finally, after two weeks, he succumbs to the pressure. He does quit his job, sells his house, and takes his money and heads to Vegas.

The moment he gets off the plane in Vegas the voice tells him, “Go to Harrah’s.” So he hops in a taxi and rushes over to Harrah’s.

As soon as he sets foot in the casino, the voice tells him, “Go to the roulette table.”

The man does as he is told. When he gets to the roulette table, the voice tells him, “Put all your money on 17.”

Nervously the man cashes in his money for chips and then puts them all on 17.

The dealer wishes the man good luck and spins the roulette wheel. Around and around the ball spins. The man anxiously watches the ball as it slowly loses speed until it finally settles into number … 21.