‘Herd immunity is the key to beating the pandemic, but Australia won’t reach it’ 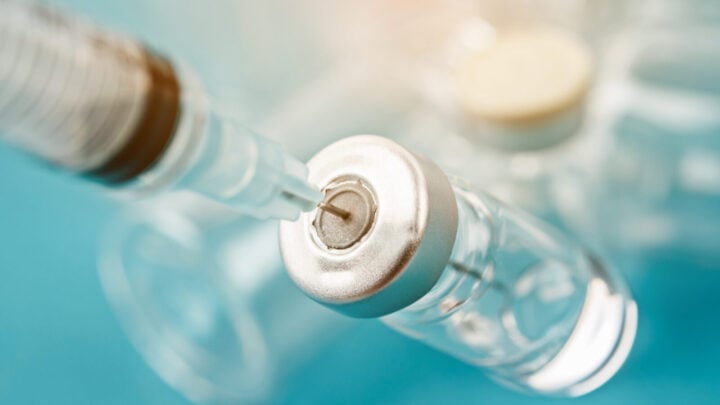 In the past fortnight, two vaccine stories made headlines around the world. Novavax announced spectacular results for its phase 3 trial, while preliminary data suggest the AstraZeneca vaccine is ineffective against the South African variant.

These two vaccines comprise the bulk of Australia’s vaccine portfolio, and the results should prompt an urgent rethink of our vaccination strategy. Australia won’t reach herd immunity with the current plan.

The federal government plans to begin vaccinating groups at high risk with the Pfizer/BioNTech vaccine, then use the AstraZeneca vaccine for the remainder of the population. The Novavax vaccine may be used at a later date.

But the efficacy of these vaccines is very different

There’s been some confusion over the efficacy of the AstraZeneca vaccine, because of a dosing mistake in one of the early trials. But what’s clear is that its efficacy with a standard, two-dose schedule is 62 per cent.

In comparison, the efficacy of Pfizer/BioNTech’s vaccine is 95 per cent, while interim results suggest the Novavax vaccine has an efficacy of 89 per cent. These differences matter, because if vaccine efficacy is below a certain level, it’s not possible to achieve herd immunity.

If we don’t achieve herd immunity, Australia could be dealing with outbreaks indefinitely

Herd immunity is the only sustainable, long-term strategy to prevent the virus from spreading throughout the community. The proportion of the population needing to be vaccinated to achieve herd immunity depends on both how contagious a disease is, and how effective the vaccines for it are. It can be calculated by a simple formula, the results of which are shown in the graph below.

The contagiousness of the virus which causes Covid-19, given by its basic reproduction number (R₀), is thought to be around 2.5. That means, on average, a person with Covid-19 will infect 2.5 people. Of course, some people infect nobody, while others infect many more in super-spreading events. We’d need to vaccinate almost everyone in Australia to achieve herd immunity with the AstraZeneca vaccine, which isn’t feasible.

Some people have medical conditions that prevent vaccination. We also won’t be able to vaccinate children for a while, because vaccines aren’t yet approved for this age group, although trials are underway.

However, we’d perhaps only need to vaccinate 63 per cent of the population with the Pfizer/BioNTech vaccine, or 67 per cent if we used the Novavax vaccine. This is achievable.

Using the planned combination of the Pfizer/BioNTech vaccine and the AstraZeneca vaccine will still require an unfeasibly large proportion of the population to be vaccinated, because children and teenagers make up about one-fifth of Australia’s population.

In practice, we’ll probably need to vaccinate slightly more people than these figures suggest, because vaccines likely protect against symptomatic disease better than they do against any infection. The figures for efficacy quoted above are for symptomatic disease.

But further unpublished results from the ongoing AstraZeneca trials, and data collected during the trial of the Moderna vaccine, suggest efficacy against infection may be reasonably close to that for symptomatic disease.

(I think) We can now estimate the (minimum) reduction in transmission from the Moderna vaccine.

New viral variants have complicated the picture. They can threaten our ability to achieve herd immunity in two ways. More transmissible variants (with a higher R₀) mean more people will need to be vaccinated.

They can also directly affect vaccine efficacy, which we’ve seen in South Africa.

Preliminary data suggest the AstraZeneca vaccine is unable to prevent mild to moderate disease caused by the South African variant, and the efficacy of the vaccine dropped to 22 per cent.

South Africa paused the rollout of the AstraZeneca vaccine, and will use the Johnson & Johnson and Pfizer/BioNTech vaccines instead.

What does this mean for Australia?

Australia is in an incredibly fortunate position, with almost no community transmission. Breaches in the hotel quarantine system are now the major source of outbreaks in Australia.

An increasing proportion of cases in Australian hotel quarantine are infected with variants. At least 18 cases of the South African variant have been detected so far.

Variants of concern are becoming dominant globally. These are what our vaccination strategy must prevent. AstraZeneca’s vaccine won’t protect us against the South African variant, but high-efficacy vaccines like those made by Novavax and Pfizer/BioNTech probably still will.

If Australia rolled out the AstraZeneca vaccine, we’d be starting behind the eight ball, and we’d have to do a second rollout to protect everyone against the South African variant.

But vaccination is going to be a mammoth task. To meet the government’s target of vaccinating all adults by October, Australia will need to vaccinate around 200,000 people per day.

Realistically, we’re only going to get one shot at achieving maximum population coverage, and so it’s critical that we get this right.

Is the AstraZeneca vaccine still useful?

Australia’s Chief Medical Officer, Paul Kelly, argued the AstraZeneca vaccine is still useful because it can prevent death and severe illness 100% of the time.

In reality, that’s not a claim supported by science, because the AstraZeneca trial lacked statistical power to evaluate this endpoint. In fact, only two severe cases occurred during the trial, including one death (both of which were in the placebo group).

We’d need a much larger trial to understand how well the AstraZeneca vaccine prevents severe disease. This would provide the larger number of events needed to distinguish a significant difference between the placebo and vaccine group.

However, we can expect Covid-19 vaccines to be better at preventing serious outcomes than mild ones, and so the AstraZeneca vaccine might still do quite well against severe disease.

But we don’t yet know what the efficacy will be, and death isn’t the only outcome to consider. Vaccines must also be able to prevent the debilitating condition known as ‘long Covid’, which is relatively common, even in people who initially had mild COVID-19.

The Office for National Statistics in the UK estimates that 1 in 10 people experience persistent symptoms lasting at least 12 weeks.

The AstraZeneca vaccine will still be very useful for countries battling second waves caused by the original strain of the virus. In this context, the vaccine will save lives.

It’s also very important to note that no safety concerns have been identified with the AstraZeneca vaccine.

Australia should go for herd immunity

With no widespread community transmission, Australia can afford to prioritise a long-term herd immunity strategy, rather than focusing on a short-term goal of saving lives.

In addition to expected overseas supplies of the Pfizer/BioNTech vaccine, Australia has the capacity to manufacture the high-efficacy Novavax vaccine domestically.

Unlike the Pfizer/BioNTech vaccine, the Novavax vaccine can be kept in a refrigerator, making it ideal for use in urban, rural, and remote Australia.

(1/7) Spectacular news from Novavax. The efficacy of their vaccine matches Pfizer & Moderna, but it doesn’t have the same ultra-cold storage requirements. ❄️

Australia must not squander this opportunity by proceeding with the rollout of a vaccine that’s already been proven ineffective against one of the world’s most concerning variants. Rather, we must use high-efficacy vaccines to build herd immunity, and secure Australia’s long-term future.

Are you planning to get vaccinated against Covid-19?