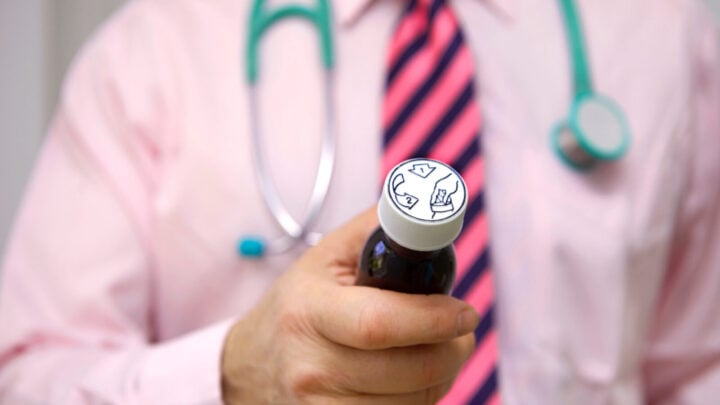 Findings should reassure patients and should not deter their use, say researchers. Source: Getty

If you have high cholesterol you’ve likely heard all about the associated side effects of taking statins, which unfortunately get a pretty bad rap, but a new study has revealed the benefits of the drugs far outweigh any risk.

While more widely used in people who have a history of heart disease, statins have more recently been used as a preventative measure as well. Despite the fact that severe side effects are rare, many people are reluctant to take them because of the potential for milder effects such as muscle weakness and stiffness.

Previous advice has shown the benefits of statins “far outweigh the risk” when used for those with heart disease, however, for those without a history of heart disease the benefit-to-harm balance might be less favourable. So, a team of UK and US researchers set out to examine the associations between statins and adverse events when used as a preventative measure, and the results may just have you booking in to see your GP.

Researchers released the results of the study on Wednesday, which revealed the effects are mild compared with the potential benefits of treatment in preventing a major cardiovascular event, saying the “findings should reassure patients and should not deter their use”.

The startling findings reported that over course of the study statins were estimated to prevent 19 heart attacks, nine strokes, and eight deaths from cardiovascular disease per 10,000 patients treated each year.

The researchers analysed the results of 62 randomised controlled trials with 120,456 participants (40 per cent of which were women, while the average age was 61) who were each followed up with for an average of 3.9 years.

While the study did find a slightly increased risk of self-reported muscle pain, liver and kidney problems, and certain eye conditions such as cataracts, they were not associated with clinically confirmed muscle disorders or diabetes. In 10,000 patients, the risks equated to 15 instances of muscle symptoms, eight liver events, 12 kidney events, and 14 eye conditions.

Researchers said the result “suggests that the benefit-to-harm balance of statins for primary prevention of cardiovascular disease is favourable”.

Diving in a little deeper, the researchers took a look at different types of statins and saw that “few significant differences were seen”, with some small adverse events associated with atorvastatin, lovastatin, and rosuvastatin. Researchers concluded that while the findings were accurate, some further studies needed.

They say the low risk of adverse events caused by statins reported in this review “should reassure patients and physicians that the potential harms of statins are small and should not deter their use for primary prevention of cardiovascular disease.”

Are you on statins or considering taking them?