Falsely labelled pills found in investigation into the death of Prince 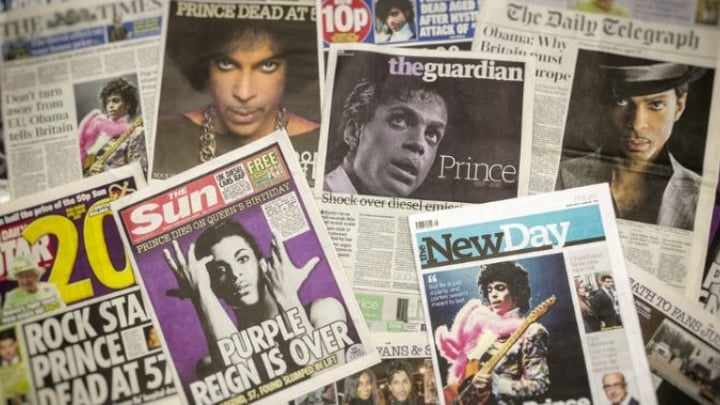 More news about Prince and his problem with drugs.

Authorities have revealed Prince’s home was strewn with pills at the time of his death.

According to NBC News, the documents also confirm it was Prince’s bodyguard who went to the pharmacy the day before the star died and had the prescriptions filled.

The warrants say that controlled substances were found in different parts of the Paisley Park complex, often in vitamin bottles.

Some were in a suitcase labeled with a Prince alias, Peter Bravestrong.

It was confirmed last year the singer had died on April 21 of an accidental overdoes of the painkiller Fentanyl.

Read more: A warning for all: Prince died after taking this common drug.

Prince’s physician, Dr Michael Schulenberg, issued a prescription for the pain killer oxycodone on April 16, 2016, the same day that the singer’s plane had to make a post-concert emergency landing when he passed out aboard after taking pain pills.

Schulenberg told investigators he put it in Johnson’s name “for Prince’s privacy,” according to the warrant documents.

The warrants sought access to Prince’s computer and phone records for any devices in use around Paisley Park immediately before and after the singer’s death.

It was since found Prince no longer used a mobile after he had been previously been hacked, as he didn’t trust them.

The detective noted that “interviews with those who were at Paisley Park the morning Prince was found deceased have provided inconsistent and, at times, contradictory statements.”

Do you think more needs to be done to control the use of prescription drugs?