Chemotherapy not required for many with breast cancer: Study 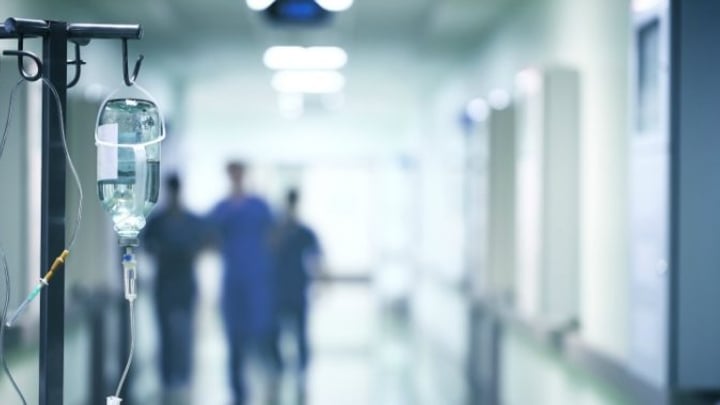 Chemo is not needed for many women seeking breast cancer treatment. Image: Getty

A new study has found many women living with breast cancer actually don’t require chemotherapy to treat the disease.

The new research, published in the New England Journal of Medicine, found women with early-stages of the disease can actually forego chemo with no risk to the health later in life. Scientists came to the conclusion by performing a test that measures the activity of genes involved in breast cancer recurrence.

Speaking to Starts at 60, Prof Sanchia Aranda, CEO of Cancer Council Australia explained what the research actually means for women who are diagnosed with breast cancer.

“What this paper has shown is one of the commonest forms of breast cancer, HER2-negative tumours, so about 50 per cent of all women with breast cancer, that you can predict whether or not those women will need chemotherapy, Prof Aranda explained to Starts at 60.

“They looked at around 10,000 women and about 69 per cent of those women had what are considered mid-level scores. They randomised those to receive either just hormone therapy or hormone plus chemotherapy. They’ve identified that the results are equivalent, so those women with that particular genetic pre-disposition score could avoid chemotherapy altogether. This is good news for those women.”

Dr Aranda said despite the positive results of the study, some women would still require chemotherapy to treat their cancer, particularly younger women.

“There will still be some women that need chemotherapy,” she told Starts at 60. “Women with a higher recurrent score, there’s some doubt about whether these results are fully implementable in the women under 50, just because it’s a different hormone environment and they haven’t yet gone through menopause and it may be that the chemotherapy helps to bring about a change in their hormone environment.

“It is showing we are now increasingly able to predict who needs what level of treatment and use that to give the least-toxic and most-effective treatment. We’re already seeing significant changes in breast cancer which has led to many women already avoiding chemotherapy where that won’t be a benefit. This will just continue that pathway of what’s known as precision medicine where we tailor the treatment according to the characteristics of the women, including their genetic profile or the genetic profile of their tumour.”

Avoiding chemotherapy when it comes to breast cancer treatment is something Starts at 60 readers have already experienced.

One reader said: “I had surgery for early breast cancer March last year, one lump 5mm, 4 lymph glands removed, all clear. I had 7 weeks radiation, no need for chemo. If my lump was much larger I would have had chemo if offered, but not necessary in my case”.

Another added: “I was also diagnosed with breast cancer, had 5 lumps in left breast. Had radical mastectomy & 5 weeks of radiotherapy. That was 31 yrs ago & life has been good since [sic]”.

A third comment read: “I was diagnosed with Breast Cancer on 6th April. Very early detection. Lump removed and only having radiotherapy, no chemo”.

Aranda added it could save a lot of women pain and money.

“Cancer treatments are both costly as well as toxic in many cases,” she said. “Chemotherapy has a cost, it has short-term side-effects, women require time off work and there are some longer-term side-effects. In an effort to reduce that burden on patients, clinicians over time have been refining the way we use our treatments and this is a really good example of how the genetic revolution is helping to do that even more.”

If your doctor told you you were low-risk and didn’t need to have chemo, would you avoid it or still go through with it to eliminate the risk of the cancer spreading further?