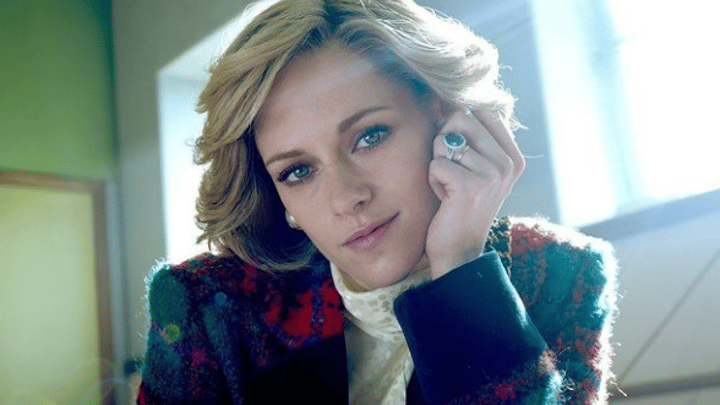 The second trailer for the highly anticipated film Spencer has just been released.  The lovechild of Chilean director Pablo Lorrain and British screenwriter Steven Knight, Spencer focuses on just three days of Princess Diana’s life, over a Christmas spent at Sandringham Castle in 1991.

The trailer opens with two perspectives, both featuring breathtaking shots of the scenery. The first perspective shows butlers and maids milling about, asking “Is she here yet?” and “She’s late”, as Queen Elizabeth II, played by Stella Gonet, and a plethora of corgis bail-out of a royal vehicle.

The screen then flicks to a long, birds-eye shot of a convertible, speeding down a country lane. The camera zooms in, and it is realised that the driver is Diana, Princess of Wales, beautifully played by Kristen Stewart. Stewart is a spitting image of Diana, both visually, and in her mannerisms and accent.

The trailer then flicks through a montage of quick shots of Diana as she goes about her life – hugging her children, washing her hands, getting ready with a maid, and eating dinner with the royal family – all showing a gorgeous Diana quietly lamenting and bargaining with herself.

The trailers score starts off softly; with the orchestral melody eerily quiet, perfectly matching the dreary clips shown on screen. As the trailer progresses, the score stops and starts, interspersed with short clips showing hushed conversations and Diana gradually increasing in confidence as she makes a decision regarding her future as a Princess.

Each restart of the music brings a faster melody, building tension and drama, as the shots and conversations build too.However, one line from Diana at the end of the 137-second trailer brings the building tension to a crescendo: “will they kill me, do you think?”

This second trailer comes just one month after the first, and was shared on Youtube by Neon. The first trailer featured only two words being said across the one minute clip.

Initial reviews of the film are slowly filtering through, with all reports so far praising Stewart, formally of Charlie’s Angels and Twilight fame, for her “mesmerising” performance. Screenwriter David Cronenberg shared his opinion of the film, saying it was  “beautiful [and] nuanced”.

The film’s official release is pencilled in for November 5th, 2021. You can view the trailer here:

Will you watch this film?