Roll up, roll up! These top films are at the cinema right now 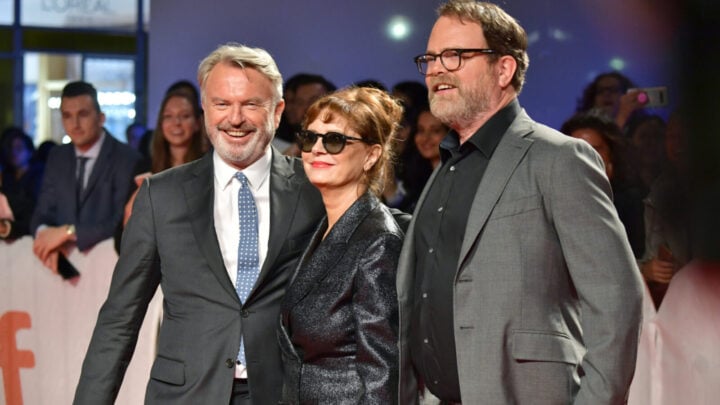 As the temperature drops and restrictions loosen further all over the country, the time feels right to get back into the cinema with some hot popcorn or a choc top or two. And with the film awards season finally kicking in overseas, there’s plenty to see right now, too.

To help you choose, we’ve rounded up details of the best star-studded flicks to catch on the big screen this month:

Nomadland (107 mins): Following the economic collapse of a company town in rural Nevada, widowed, 61-year-old Fern (Frances McDormand) packs her van and sets off on the road exploring a life outside of conventional society as a modern-day nomad. Interestingly, Nomadland features real nomads (64-year-old Linda May, 72-year-old Charlene Swankie and 65-year-old Bob Wells) as Fern’s mentors and comrades in her exploration through the vast landscape of the American West. IMDB rating: 7.7/10

Another Round (117 mins): This (subtitled) Danish comedy/drama received a Golden Globe nomination for Best Picture and stars award-winner Mads Mikkelsen in a role many are calling his best yet. Four friends, all high school teachers, test a theory that they will improve their lives by maintaining a constant (low) level of alcohol in their blood. IMDB rating: 7.8/10.

The Dry (117 mins): Based on Jane Harper’s award-winning novel, The Dry follows federal agent Aaron Falk’s (Eric Bana) return to his home town after a long absence, to attend the funeral of his childhood friend, Luke, who allegedly killed his wife and child before taking his own life – a victim of the madness that has ravaged this community after more than a decade of drought. When Falk agrees to stay and investigate the crime, he opens up an old wound – the death of 17- year-old Ellie Deacon. Falk begins to suspect these two crimes, separated by decades, are connected. As he struggles to prove not only Luke’s innocence but also his own, Falk finds himself pitted against prejudice and the pent-up rage of the community. IMDB rating: 7.7/10

Penguin Bloom (95 mins): Penguin Bloom tells the true story of Sam Bloom (Academy Award® nominated Naomi Watts), a young mother whose world is turned upside down after a near-fatal accident leaves her unable to walk. Sam’s husband, her three young boys and her mother (Academy Award® nominated Jacki Weaver) are struggling to adjust to their new situation when an unlikely ally enters their world in the form of an injured baby magpie they name Penguin. IMDB rating: 6.8/10.

Blackbird (97 mins): Lily (Susan Sarandon), a spirited woman in her late 60s, is preparing for a weekend with her husband, Paul (Sam Neill), and their visiting children. Despite her impaired mobility, Lily insists on fending for herself, and the mood is clearly strained when their guests arrive. First is daughter Jennifer (Kate Winslet), who comes with her husband, Michael (Rainn Wilson), and their teenage son. Lily and Paul’s friend Elisabeth arrives next, as does younger daughter Anna and her partner Chris. As the weekend progresses, old wounds come to the surface, driving some family members apart and others together. IMDB rating: 6.5/10

The Marksman (108 mins): According to Liam Neeson, this is your last chance to see him in an action flick! Neeson plays Jim Hanson, whose quiet life is suddenly disturbed by two people – a woman and her young son – crossing the US/Mexico border, desperate to flee a Mexican cartel. After a shootout leaves the mother dead, Jim becomes the boy’s defender as they go on the run from the relentless assassins. IMDB rating: 5.9/10

Have you seen any of these films? What did you think?