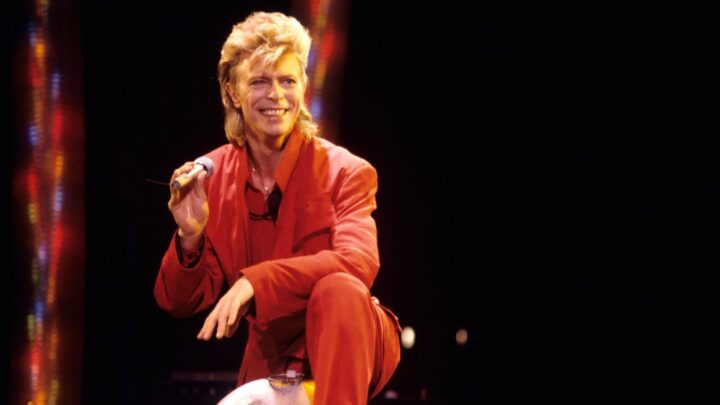 The iconic glam rock and experimental pop icon will be commemorated with a plaque on the Camden-based trail. Source: Getty

The streets of Camden Town, London, will soon be home to an honourary plaque for the late music glam rock icon David Bowie.

The musical trailblazer, who died in 2016 from liver cancer, is the latest artist honoured with a stone on the walk where other legendary British musicians have been celebrated.

The Ziggy Stardust legend will be memorialised alongside fellow British music legends Amy Winehouse, The Who, Soul2Soul and Madness.

“David Bowie is a global influence, one of the ultimate influencers, and sooner or later we had to have him on the Music Walk Of Fame,” Music Walk of Fame founder Lee Bannett said.

“Our intention is for this to be the highest honour a music figure can receive in the UK and beyond, the unveiling of David’s stone ensures that legacy.

“We have huge plans for the future, but for now let’s celebrate one of the greats of music.”

Prior to his death, Bowie had hit record sales estimated at over 100 million records sold worldwide, earning his spot as one of the best-selling musicians of all time.

Many have celebrated Bowie for his avant-garde sounds and visions, particularly for the groundbreaking introduction of his stage persona Ziggy Stardust.

The unveiling of his stone is scheduled for September 15, where Bowie fans can also expect to see the musician’s family members and collaborators in attendance.

A brand new Documentary on DAVID BOWIE premieres in September, and it looks real good.

Bowie’s latest honour comes ahead of the release of the musician’s much anticipated documentary Moonage Daydream.

The upcoming film, which opens in IMAX cinemas this year, has been described by Farout Magazine as a “feature-length experiential cinematic odyssey” that promises to explore “Bowie’s creative, musical and spiritual journey”.

Along with the upcoming documentary, a companion album is also in the works and will feature songs spanning Bowie’s career, as well as never-before-released material and dialogue.

Since his passing, the rock and roll genius’s legacy has been memorialised in more ways than one.

Just last year, his wife, Iman, released a perfume that takes inspiration from her dazzling romance with Bowie.

When her husband passed away, Iman only wore his fragrance, as a way to be close to him. It has been the only scent she has been wearing for the past five years.

“Love memoir” is a tribute to their memories and special moments she shared with her husband over three decades.

In recognition of his achievements, he was inducted into the Rock and Roll Hall of Fame in 1996. Following his death, Rolling Stone magazine named him among the greatest artists in history and in 2022 he was honoured as the best-selling vinyl artist of the 21st century.