‘Dancing with the Stars’ axed: Channel 10 confirms the show won’t be returning 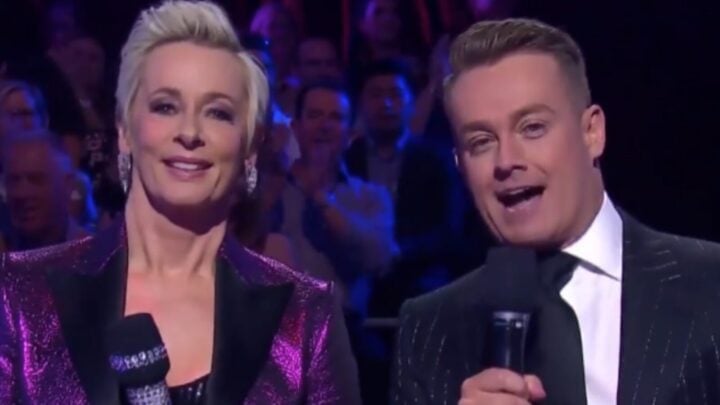 Hosts Amanda Keller and Grant Denyer are yet to make a comment. Source: Dancing with the Stars/Instagram.

Channel 10 has confirmed that the reality show Dancing with the Stars won’t be returning “for the time being”.

In a statement, obtained by Starts at 60, a Network 10 spokesperson said: “We have decided to hang up our dancing shoes, lycra pants and sequinned jackets for the time being.

“We would like to express our sincere thanks and gratitude to all those involved in the show, in particular Amanda Keller and Grant Denyer, who were fabulous hosts, as well as all the judges, dancers, the stars and of course the crew.”

The reality show originally aired on Channel 7 from 2004 to 2015 before moving to Channel 10 in 2019 with Grant Denyer and Amanda Keller acting as host. Nor Denyer or Keller have spoken out since the news hit headlines today. And this isn’t the first time a show Denyer has been the host of has been axed. His previous shows The Great Australian Spelling Bee and Game of Games were also cancelled.

Kennerley and Belling were sacked from the show in August as part of talent cuts across Network Ten. At least 20 jobs were slashed, according to internal documents seen by industry publication Mumbrella, including Network Ten weatherman Tim Bailey.

Meanwhile, Hildebrand announced he was quitting the Channel Ten show live on air a couple of weeks after, and on the same day, Scott confirmed she will no longer appear on the panel show.

Addressing the audience, Hildebrand said at the time: “I wanted to say it here first before you saw it or heard it anywhere else. I am leaving Studio 10. I have given it a huge amount of thought. It’s been really hard, but also really lovely to be able to look back on all the wonderful things we have done.

“We all know the show is getting a bit of a shake-up. Channel 10 and my lovely bosses asked me if I’d stay on in a new role. We talked about it really openly and warmly about what that might look like, and they were really keen. So don’t lash out at them.”