Crimes that shook us to the core: The Russell Street bombing in 1986 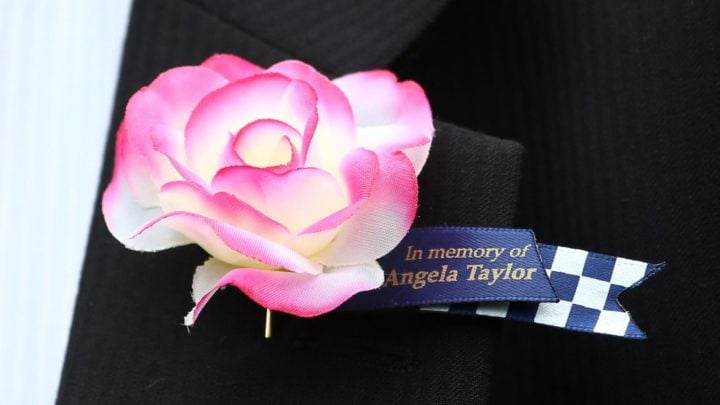 Angela Rose Taylor was a bright, vibrant 21-year-old. To the disappointment of her parents, she had left school at the end of Year 10, but decided on a career in the police force once the family moved from Canberra to Melbourne. Her reason for not joining in the ACT was that she “didn’t want to guard Parliament House”. It was essential for Angela to complete Years 11 and 12, something she managed in one year, followed by induction and training at the Victorian Police Academy, joining her squad in November 1984.

On Easter Thursday 1986 (March 27), following completion of her probationary period, Angela was on duty at the City Watchhouse, part of Melbourne’s old Russell Street Police Headquarters complex. As junior member, she drew the short straw and was delegated to do the ‘lunch run’, heading out to get food for her work colleagues. At 1:01pm, walking past a then common and not especially noteworthy 1979 VB Commodore, she took the full brunt of a 50-stick gelignite explosion. Amazingly, despite the savage trauma, and suffering burns to 70 per cent of her body, Angela survived the initial blast, but died 24 days later.

Twenty-two people were injured that day, with Victoria Police beginning a massive investigation. People were pulled in for questioning and the hard yards begun in an endeavour to establish the who and the why of the horrendous crime. In a painstaking display of forensic work, the Commodore was reassembled from parts spread over a wide area. Pieces were found three blocks away, some as far as the roof of the Queen Victoria Hospital on Lonsdale Street.

The Stolen Car Squad established that the Commodore’s chassis number had been removed from the car using a method employed by notorious car thief Peter Reed. A raid on Reed’s home was organised for Anzac Day 1986, to be led by Detective Sergeant Mark Wylie. Incredibly, in the circumstances and for a raiding party of 10, only three ballistic vests were available. Wylie, with no protection, was shot. He survived and lived a further 28 years, but died of his own hand in 2014, yet another victim of the bombing.

Once Reed was arrested, police were able to apprehend other members of the gang. Hard won forensic evidence gained convictions against the criminals involved, including matching gelignite found at Reed’s house to that used in the car bomb, side cutting plier cuts on detonator wires, a specific type of tinned copper wire, a piece of river redgum used in construction of the bomb, brass filings, and fingerprints. One of the group had also been seen driving the Commodore in the city on the morning of the crime.

Apart from Reed, others arrested for their involvement included gang leader Stan Taylor (an unfortunate coincidence and no relation to his victim), Craig and Rodney Minogue, and Paul Hetzel. Taylor and Craig Minogue were successfully convicted; Hetzel made a full statement to police; Rodney Minogue’s initial conviction as an accessory was quashed on appeal; Reed was acquitted but found guilty of the attempted murder of Sergeant Wylie.

Why did the gang attempt such a horrendous crime, Australia’s first extreme act of hate against those who protect the community? (There had been a bombing in the streets of Sydney nine years earlier, but a political act by Croation separatists against a Yugoslav agency.) The Russell Street bombing was in vengeance against Victoria Police for successfully prosecuting previous cases against the perpetrators, including a sentence of 17 years for Stan Taylor on a charge of murder. Due to such petty reasoning was the life of a young officer taken. From a numbers viewpoint, the bombers picked the wrong day. Because of it being the last working day before a public holiday, circumstances meant others who might otherwise be present were spared.

Stan Taylor was jailed for life with no minimum, and Craig Minogue received a 30-year sentence. He was due for parole in 2016 but the Victorian Government passed legislation to prevent his release. (Minogue, who claims he is a reformed character, murdered a fellow prisoner in 1988. Although convicted of the killing, his sentence was to be served concurrent with that received for the bombing. In other words, he was given no penalty at all and so, in the mind of your writer, justice might now be delivered.)

The lovely young police officer whose life was so senselessly taken is remembered annually in the Angela Taylor Fun Run, and in the beautiful deep cream and pink rose that bears her name. I write this in tribute to Angela Taylor, Mark Wylie, and all police in all jurisdictions killed, injured or otherwise harmed in the performance of their duties.

Do you remember this horrible crime in 1986? Are you, or is a loved one, a member of the police force?