New photos emerge as Meghan steps out in Canada, but Prince Harry remains in UK 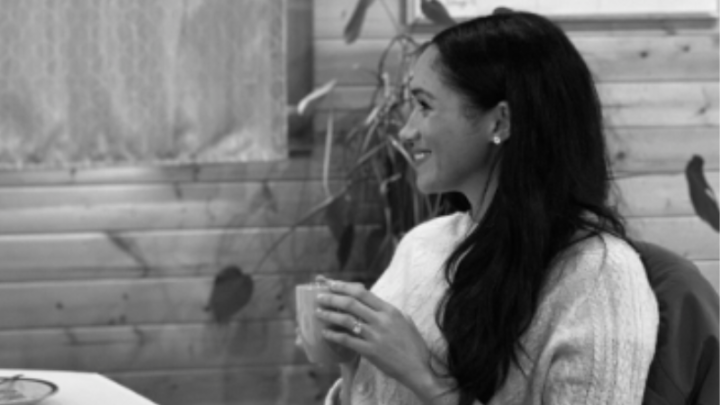 Meghan visited the Justice for Girls organisation in Vancouver on Wednesday. Source: Twitter/JFG_Canada.

Hers is the name on everyone’s lips right now as the world eagerly awaits the outcome of negotiations surrounding the future of the Duke and Duchess of Sussex, just one week after they announced their intentions to step back from their roles as full-time members of the British royal family.

Meghan wasted no time in leaving the UK after the couple revealed their bombshell news last week, heading back to Canada just two days later to be reunited with her eight-month-old son Archie, as the youngster had remained in Canada under the care of a nanny and one of the duchess’ close friends.

Now, new photos have emerged of Meghan carrying out charitable work and public engagements in Canada, having carried out her last official engagement as a working royal alongside her husband last week.

The duchess looked relaxed on Tuesday as she visited a charity which supports young women, dressed far more casually than would be expected on official royal engagements in a chunky knit sweater, black jeans and a pair of warm knee-length brown boots.

The organisation, based inVancouver, shared the images of Meghan on their Twitter account on Wednesday, and said: “Yesterday, The Duchess of Sussex, Meghan Markle visited to discuss climate justice for girls and the rights of Indigenous peoples. Was great to talk about the importance of a holistic approach to social justice, and the power of young women’s leadership. #DuchessOfSussex”

The photos come just one day after the Daily Mail printed images of the duchess, wrapped up in a fur-lined parka jacket, as she boarded a sea plane from Vancouver Island to the mainland.

She also visited the Downtown Eastside Women’s Center on Tuesday, with the women’s shelter sharing a photo on their Facebook page of Meghan alongside a group of women. The caption read: “Look who we had tea with today! The Duchess of Sussex, Meghan Markle, visited us today to discuss issues affecting women in the community.”

Meanwhile, as Meghan begins to establish a life for the couple in Canada, Prince Harry still remains in the UK, having met with his grandmother the Queen, Prince Charles and Prince William earlier this week to discuss the details of their plans to remove themselves from the front-line of the firm.

On Wednesday evening, the Duke of Sussex released a new video promoting the Invictus Games, which he founded in 2014. The short clip showed Harry speaking to the camera as he announced that the 2022 games will take place in the German city of Dusseldorf.

He said in a statement: “I hope everyone in Germany is ready for what will be an incredible week of sport! I have no doubt that the German public will get right behind these Games and that every single competitor can expect a warm welcome and an amazing atmosphere.”

Following the family meeting, which took place at Sandringham on Monday, Her Majesty the Queen released an unusually personal statement in which she said that she respected Harry and Meghan’s decision to step away from the limelight.

“Today my family had very constructive discussions on the future of my grandson and his family,” the statement read. “My family and I are entirely supportive of Harry and Meghan’s desire to create a new life as a young family. Although we would have preferred them to remain full-time working Members of the Royal Family, we respect and understand their wish to live a more independent life as a family while remaining a valued part of my family.”

The Queen added: “Harry and Meghan have made clear that they do not want to be reliant on public funds in their new lives. It has therefore been agreed that there will be a period of transition in which the Sussexes will spend time in Canada and the UK.”

Do you think Harry and Meghan made the right decision?