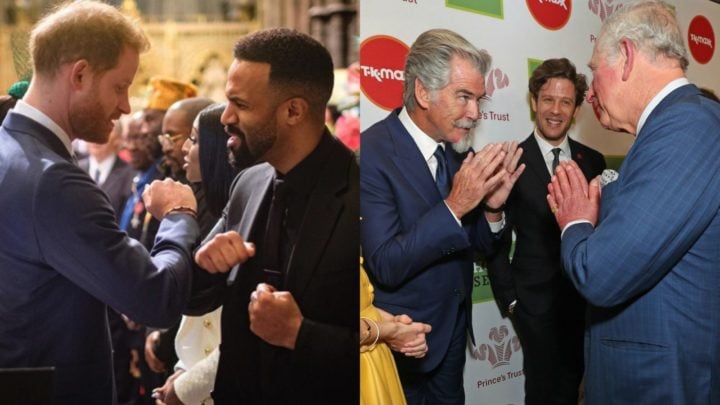 Members of the royal family are taking precautionary measures against coronavirus. Source: Twitter/Kensington Royal and Getty.

As the number of people diagnosed with coronavirus in the UK and around the world continues to rise, the British royal family has been doing their best to quell the spread of the virus.

Yesterday, Prince Charles took precautions against coronavirus as he attended the Prince’s Trust Awards in London. Instead of following usual royal protocol and shaking hands with fellow guests, the 71-year-old was pictured using a ‘namaste’ gesture as he greeted guests, including actor Pierce Brosnan, instead.

Photographs from the event showed the Prince of Wales using a namaste gesture – used mainly in yoga practice – to greet guests at the event, including James Bond star Pierce Brosnan. 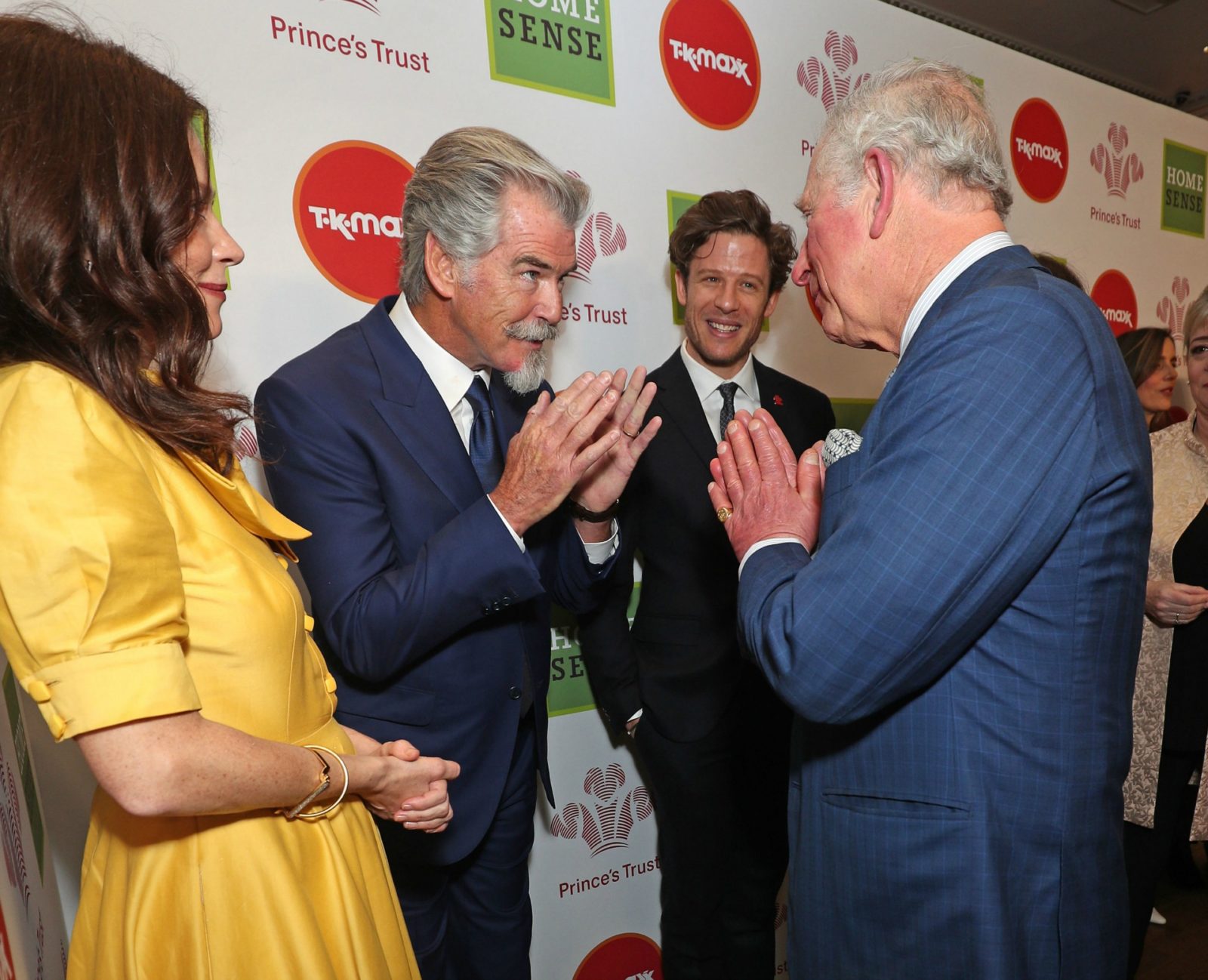 Prince Charles uses an alternative gesture as he greets actor Pierce Brosnan. Source: Getty.Meanwhile, Prince Harry was spotted earlier in the week elbow bumping British singer-songwriter Craig David as he attended a Commonwealth Day service at Westminster Abbey. Other members of the royal family also greeted each other and attendees without shaking hands.

According to Daily Mail reporter Rebecca English, it is Westminister Abbey’s policy “at the moment not to shake hands, rather than royal protocol”.

I'm told it's @wabbey policy at the moment not to shake hands, rather than #royal protocol #coronavirusuk

Last week, the Queen wore gloves for an investiture ceremony at Buckingham Palace amid warnings about the spread of coronavirus. While the 93-year-old monarch often wears gloves at royal engagements, she doesn’t normally wear them for investiture ceremonies. It’s believed to have been the first time the monarch had done so in about a decade.

However, she has since returned to shaking hands despite growing concerns around the spread of the virus.

The Queen presented Harry Billinge with an MBE today.

The D-Day veteran raised £1 for every British soldier who died at Normandy to help fund a @normandymtrust memorial.

‘I am choked beyond measure to think I have got an MBE. I don’t deserve it.’ We disagree, Harry.🎖 pic.twitter.com/u7jCEa7Viw

On the same day his grandmother was seen wearing gloves, Prince William was heard joking about coronavirus to emergency workers during a visit to Dublin’s Guinness Brewery with wife Catherine.

“I bet everyone’s like, ‘I’ve got coronavirus, I’m dying,’ and you’re like, ‘No, you’ve just got a cough’,” he said, before adding: “It does seem quite dramatic about coronavirus at the moment. Is it being a little hyped up, do you think, by the media?”

It comes after the World Health Organization (WHO) announced it was characterising the COVID-19 outbreak as a pandemic on Wednesday evening.

“Pandemic is not a word to use lightly or carelessly. It is a word that, if misused, can cause unreasonable fear, or unjustified acceptance that the fight is over, leading to unnecessary suffering and death.”

What are your thoughts on this? Have you been taking extra precautions?