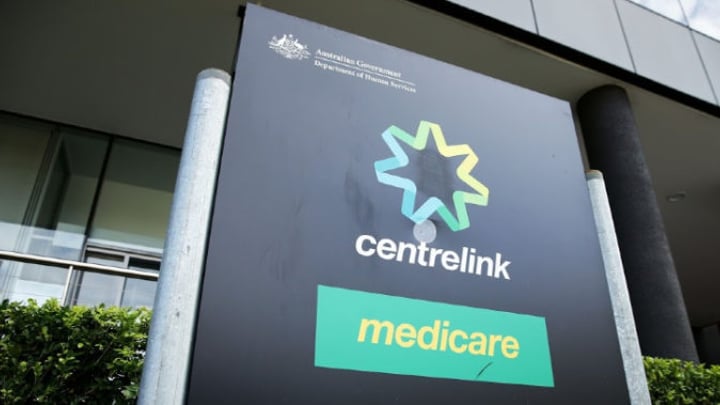 Protesters gathered in Adelaide demanding an increase to the Newstart allowance. Source: Getty

Dozens of frustrated protesters converged on the Adelaide Convention Centre on Sunday demanding an increase to the Newstart allowance.

People of all ages gathered with signs calling for the government to “raise the rate” as opposition leader Bill Shorten and his party met for their national conference.

While four hundred delegates and 1,000 observers met to discuss everything from tax policies and superannuation to housing and trade it was the current Newstart allowance that has gained a lot of attention.

Others took the opportunity to send a direct message to Shorten and his party speaking passionately about the need to increase the allowance which hasn’t been changed for 20 years.

“$40 a day, I want to challenge any politician who thinks they can live on $40 a day and not talk shit about it and actually live off of $40 a day,” one protester exclaimed.

“We all like to think we could be employed and have a wonderful future, sometimes life isn’t that easy, sometimes we just need a hand. It shouldn’t put us into poverty though.”

Newstart is currently set at $550.20 for single claimants with no dependents, those with children receive a slightly higher rate of $595.10 and over-60s who have been in receipt of the benefit for nine consecutive months also pocket $595.10 every two weeks.

Partners receive a fortnightly lump sum of $496.70 each, while single recipients who have been granted an exemption from commitments due to factors such as foster care, home schooling or distance education, receive two payments of $768.50 per month.

Labor has already announced if the party kicks the Coalition out of government at the next federal election, more than 700,000 of the allowance could be set to benefit from an increase in their fortnightly payments.

The party is set to debate the rate at Sunday’s national conference with Sydney’s Inner West Mayor Darcy Byrne planning to introduce a motion to raise the “insultingly low” jobseekers welfare payment by $75 a week.

Byrne penned an opinion piece for The Guardian on Tuesday, in which he called for an “incoming Labor government” to hike up the current dole rate, arguing that unemployed Aussies are now among the poorest people in the developed world.

“For a quarter of a century while Australia has experienced uninterrupted economic growth, our lowest paid citizens have gone without any real increase in their incomes,” he wrote. “With Labor seemingly on the precipice of coming into government, it’s time once again for our party to act and ensure that the poorest Australians are treated with the dignity and respect.”

Shorten previously promised to assess the adequacy of Newstart if he is elected as the next Australian prime minister in May 2019, however Byrne says the government need to go further and “review the rate of Newstart in the first term of government”, also describing the Coalitions recent hike of $2.20 as “insultingly small”.

Do you receive Newstart allowance? Do you think the current rate is too low?