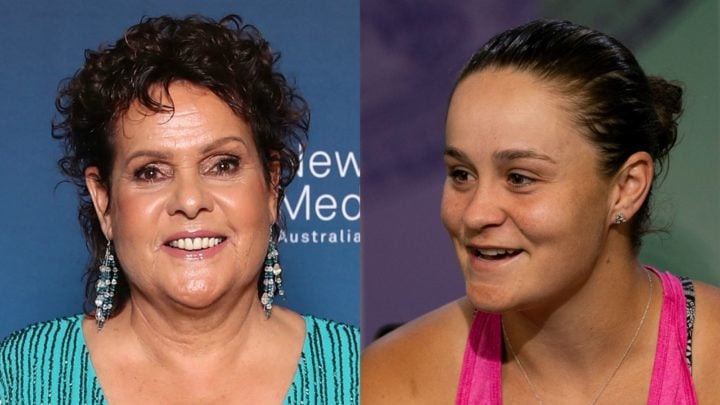 She held the title of world number one female tennis player in the 1970s and now tennis great Evonne Goolagong Cawley has praised young gun Ash Barty for becoming the second Aussie to claim the position with a touching message to the talented player.

The 67-year-old had nothing but words of support for Barty who made her way to world number one weeks ago after winning the Nature Valley Classic in Birmingham in the UK, beating German tennis player Julia Goerges 6-3, 7-5, claiming it is “huge” to have a role model like her in the country.

Speaking in Darwin at the 2019 National Indigenous Tennis Carnival, the Aussie legend said many budding young players look up to the 23-year-old as their inspiration, the ABC reports.

“To have an actual professional player out there, an indigenous one, first one since me, it makes me very proud and even the boys look up to her,” Goolagong Cawley told the national broadcaster.

The former world number one went on to say how she has followed Barty’s journey over the years, witnessing her potential early on.

“I saw her when she was about 15 years old and I just watched her play one point and I thought that’s it, she’s got it and she’s proven it to me all the way through,” she added.

“She’s a true champion on and off the court.”

Read more: Injury forces Ash Barty to pull out of tournament just a week before Wimbledon

Her comments comes after Barty was beaten by American Alison Riske at this year’s Wimbledon tournament, going down 3-6 6-2 6-3.

Speaking post match, the Aussie player described it as a “tough one”, but said she didn’t think she played a poor match.

“When the big moments were there, Alison played better today. So it’s a tough one to swallow but I lost to a better player,” she told reporters. “Disappointed right now and obviously it’s a tough pill to swallow but in the same breath it’s been an incredible few months.”

One journalist informed Barty her shock loss could mean she loses her No. 1 title that she fought hard to earn, but the Queensland star said whatever happened was out of her control.

“We’ve done absolutely everything. I’m so proud of myself and my team over the last six to eight weeks. We’ve had an incredible trip, incredible couple of months and that’s out of my control now,” she said, noting that if someone else takes the title, they’ll deserve it.”

Are you a fan of Ash Barty? Have you followed her journey to success this year?