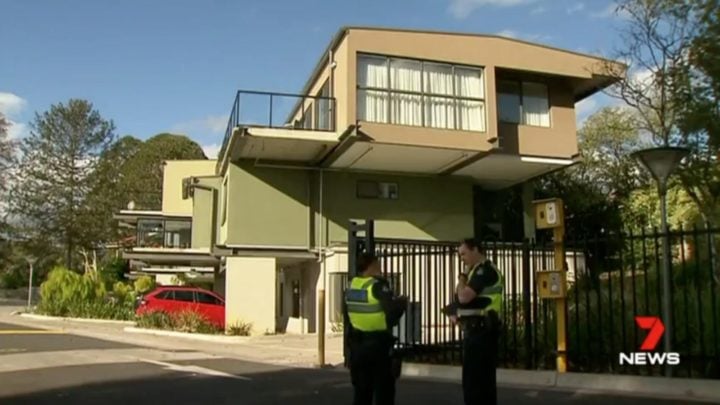 An elderly man has appeared in court charged with murder following the death of a woman – believed to be his wife – in an aged care home in Melbourne.

According to the ABC, Ronald George Sparkes faced Melbourne Magistrates’ Court this week charged with murdering Margaret Sparkes, 87, after her body was found at the Martin Luther Homes Retirement Village in The Basin.

However, when asked by a judge if he understood the charge and what had happened in court, the news outlet reports that he replied: “No, I’m so sorry, I don’t.”

According to multiple reports, the man’s lawyer told the court that it was his first time in custody and therefore suggested he be seen by a medical practitioner.

Police confirmed in a statement on Wednesday that they arrested Mr Sparkes at around 12:40pm on Wednesday at the retirement village.

An 88-year-old man is behind bars tonight, charged with murdering the woman he's been married to for decades. @EmilyCAngwin #7NEWS pic.twitter.com/iCZpl9mjk7

Meanwhile, 7 News has claimed the couple only moved into the retirement village six months ago after living happily together for several decades in nearby Ferny Creek.

Neighbours reportedly told the news outlet that the couple enjoyed gardening but had to move into the retirement village after Ms Sparkes suffered a stroke which affected her speech.

Martin Luther Homes’ management team has since released a statement, offering their condolences.

“The sad passing of a woman who lived in our independent living retirement village today has saddened all our staff, residents and families. On behalf of everyone at Martin Luther Homes we extend our deepest sympathies to family and friends,” the statement read.

“Martin Luther Homes will fully cooperate with police to assist them with their inquires. We won’t be commenting further at this time and request privacy for our residents and their families at this sad time.”