Helen Mirren was all smiles as she accepted an award at the Berlin International Film Festival. Source: Getty

Helen Mirren was quirky and cool at this year’s Berlin International Film Festival, as she stepped out in a bold power suit, featuring an iconic British band’s logo.

The actress looked sleek and stylish for the event in an edgy black blazer with band Radiohead’s logo on the breast pocket and gold studded detailing around the collar. Paired with a plain black shirt and a pair of black tailored pants, Helen was full of confidence as she posed for pictures at the festival in Germany’s capital city.

With her hands on her hips, the 74-year-old smiled broadly for the cameras, striking a pose in her black high-heeled boots. As usual, she sported her signature cropped haircut with a sweeping side fringe and added a touch of colour to her all-black ensemble with a bright pink lip. 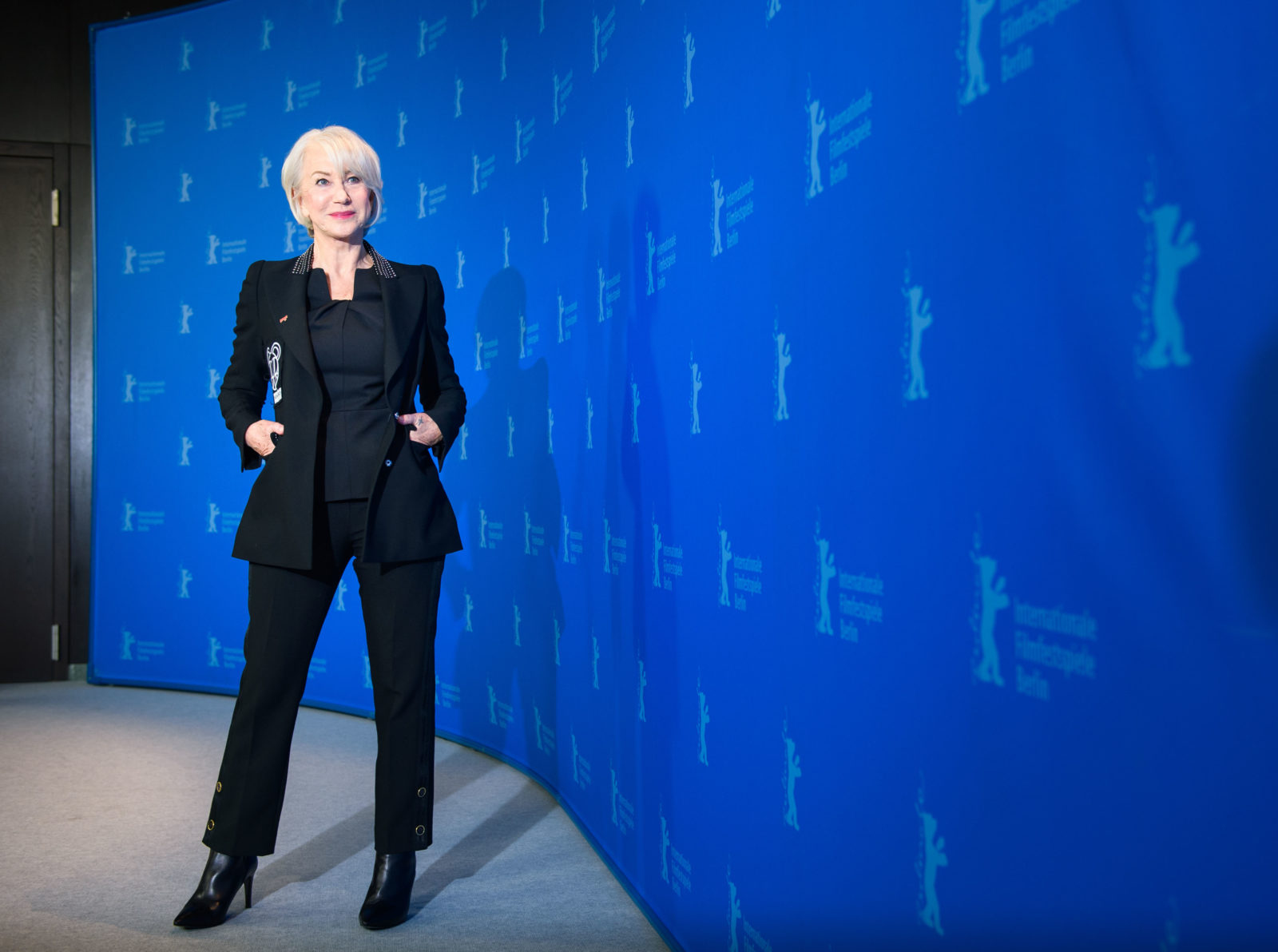 It was an exciting time for The Good Liar star who was in the country to accept a Lifetime Achievement Golden Bear – the highest prize awarded for the best film at the festival. Speaking in front of the crowd upon receiving the award, Helen paid tribute to the many people who have helped her throughout her career.

“This is a very special tribe of people,” she began, according to ET Canada. “Workers? Yes. But also believers: in the magic and the power of storytelling. And for that belief – and a little bit of dosh – they give their all.

Meanwhile, away from the glitz and glamour of her life, Mirren has also recently had her say on Prince Harry and Meghan’s decision to step down as senior members of the royal family. The couple made the announcement earlier this year in a bombshell statement on Instagram, seemingly blindsiding Buckingham Palace.

The Sussexes said they would make the transition this year, carving out “a progressive new role within this institution” by balancing their time between the UK and North America while “continuing to fully support Her Majesty The Queen”.

Though many have criticised their decision, Helen has praised them in a recent interview with Variety. The actress said she thought their instincts were “absolutely correct” and it was the right path for them to take.

“Meghan Markle was a fantastic addition to the royal family – charming, did everything right, was gracious, was sweet-natured, and seemed to be … wow! What a lovely addition. Didn’t seem to be neurotic … ” she told the publication. “I think it is a loss in a way, but at the same time I think their instincts are absolutely correct.”

Are you a fan of Helen Mirren? What do you think of her latest outfit choice?