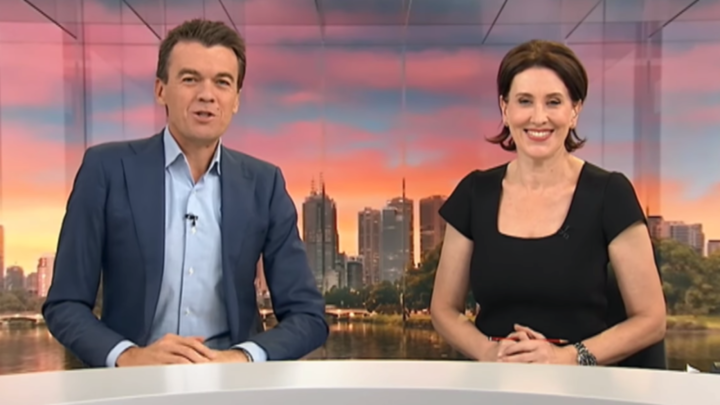 After nine years at the helm of ABC morning program News Breakfast, television star Virginia Trioli has revealed she will be saying farewell to the show later this year as she embarks on a new challenge in radio journalism.

It was confirmed on Wednesday morning that the veteran journo will no longer start the day with co-host Michael Rowland, as she is set to replace Jon Faine at ABC Radio Melbourne when he retires later this year.

Trioli was the firm favourite to land the role, having previously filled in for Faine, as well as regularly standing in for Tony Jones on the ABC’s Q&A program. She also has experience i radio having presented Drive on ABC Radio Melbourne for five years from 2000 to 2005 and the Mornings show on ABC Radio Sydney for two years in the mid-2000s.

“I’m absolutely thrilled to be taking on one of the most precious radio jobs in the country,” she said. “Jon and the ABC Melbourne team, for more than two decades, have created an agenda-setting and community-building program that means so much not only to Melburnians, but to anyone who values great conversation and the vital need for the continuing contest of ideas.

“Radio is in my soul and I’m pinching myself that this once-in-a-career opportunity has come my way. Melbourne — we’re going to make great radio together!”

Trioli’s friend and co-host Rowland took to Twitter to share a sweet video message congratulating her on the big news. He said: “Well, there’s some breaking news for you.

“It has been an absolute pleasure Virginia, spending the last nine years with you together on air on News Breakfast. It has been quite a ride, but our loss is certainly ABC Radio’s gain.”

He then added: “Hey, enjoy those sleep-ins by the way. Very jealous!”

Veteran broadcaster Faine announced his intention to retire from the airwaves back in January, after a long 23-year stint at the station, and three decades with the ABC.

“30 years ago this week, I joined the ABC to make The Law Report in what I thought would be a brief detour from lawyering,” he said at the time. “And now I find myself presenting the Morning show on ABC Radio Melbourne, now for the 23rd year. But it will be my last, this year.

“I’ve told the ABC that when my present contract expires, I do not seek another. It’s time for someone else to have as much fun as I have had.”

She said in a statement: “Virginia is one of those rare broadcasters who brings insight and clarity to often complex issues and does so with an openness and good humour that audiences respond to.

“Virginia knows the issues, knows the subjects and most importantly knows Melbourne.  She will take the program on to new heights in 2020, continuing to set the daily agenda in Melbourne, as it has done for the past 23 years.   ABC Radio is thrilled to welcome Virginia back as one of our key presenters.”

Are you a fan of Virginia Trioli? Will you be sad to see her leave ABC News Breakfast?