‘It was my lowest point’: Cassandra Thorburn opens up on marriage breakdown 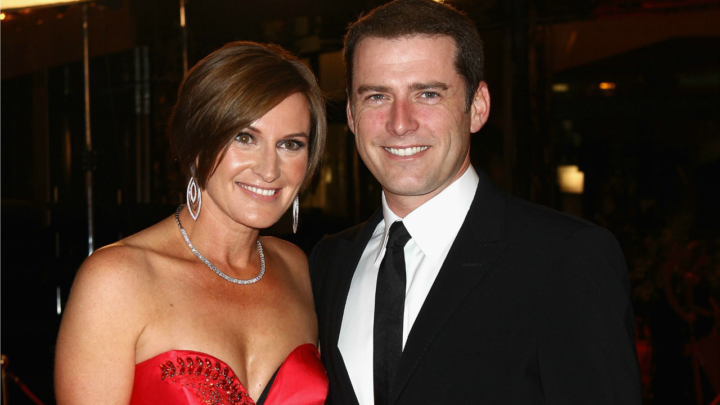 Cassandra and Karl have been separated since 2016. Source: Getty

Before taking to the dance floor on Monday night, Cassandra Thorburn candidly opened up on her marriage breakdown.

This week, Dancing with the Stars contestants were required to choose a song from their most memorable year, with mum-of-three Cassandra picking 2016 — the year she divorced from TV star Karl Stefanovic.

“It was the year I became a single parent, it was my lowest moment, I struggled to leave the house,” the former journalist, who was married to Karl for 21 years, revealed. “My girlfriends were helping me with groceries and all sorts of things.”

While she and Karl have been separated since 2016, last year her former husband married his new partner Jasmine Yarbrough in Mexico. While Cassandra and her three children didn’t attend the wedding, the kids did travel over to Mexico at the same time as the ceremony, but stayed away from the celebrations on the big day.

However, Cassandra claimed she is now coping really well, adding: “For me, I have found a confidence in myself that I truly believe is okay to have.

“I built up these walls around myself for years because of public scrutiny, media and criticism … and I just sometimes struggle to put those walls down and dancing is helping me do that.”

Cassandra completely transformed on the dance floor on Monday night, to the sounds of Sara Bareilles’ track ‘Brave’, in a flowing yellow dress with a plunging neckline, looking a million dollars with dramatic make-up and her hair slicked back.

However, while she was praised by judges Sharna Burgess and Tristan MacManus, notoriously mean judge Craig Revel Horwood was less than impressed – giving her a score of just three out of 10.

“You remembered your moves, but all at the wrong time and in all the wrong places,” he told the star. “I felt Marco was literally dragging you around the dance floor. You have to work in this dance as a partnership.”

Her dancing partner Marco then hit back: “I wasn’t dragging her, she was dancing!”

To which Craig replied: “Whatever, it didn’t work as a partnership, I’m afraid. Sorry!’

This isn’t the first time Cassandra has copped heavy criticism on the show. During her DWTS debut a fortnight ago, Craig slammed Cassandra’s performance, giving her a score of just one out of 10.

“Well, it was all going well until the skirt was ripped off and you started to dance,” he told the star. “Then quite frankly, it was a failure.”

Thorburn had begun her dance by telling viewers she didn’t want to remain a “human headline after a public breakup” and she certainly didn’t let Craig’s insult get her down as she simply replied to him following the performance: “Thank you for being so kind.”

Meanwhile later in the show, Studio 10 star Denise Scott was sadly voted out of the competition with all of her fellow panelists cheering her on in support from the crowd.

“I love this man Jeremy, he’s beautiful … Not only a beautiful dancer, a beautiful soul,” she said of her professional dance partner. “I’ve had the pleasure of working not only with him but his beautiful wife Sarah, their kids, our producer. It’s been a blast, but you know I’m tired … No I’m serious.

Are you a fan of Cassandra Thorburn? What did you think of the stars’ performances?