How will the coronavirus crisis impact your downsizing plans? 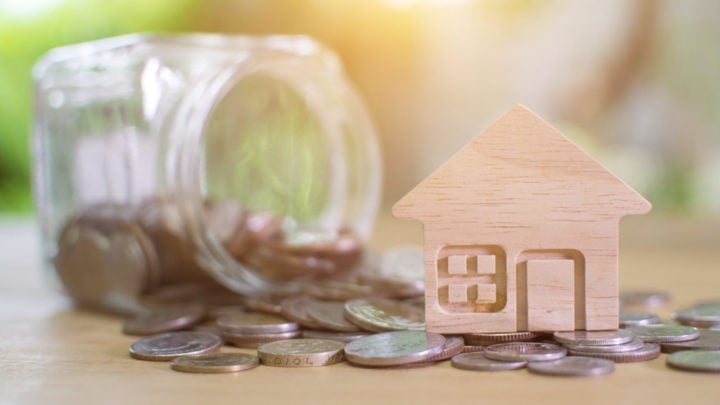 The property market has taken a hit as a result of Covid-19, so what does that mean for people who were looking to downsize? Source: Getty

As the fallout from the coronavirus continues to unfold, it’s clear that the property market has taken a huge hit. As unemployment rates rise to record highs in recent weeks — hitting over six million at the end of March — fewer buyers in the market have resulted in tenants fleeing rental properties they can no longer afford, and sellers forced to reduce their asking price. So what does that mean for people who were looking to downsize this year? Is it still a smart move to boost their retirement funds, or should they put their plans on hold and wait for the market to return to its former glory?

The next month will likely see house sales more than halve in the short-term, as the uncertainty around the crisis weighs on the residential sector. This is in stark contrast to the record highs that were recorded in February. Discussing Australia’s housing market, UBS analysts George Tharenou, Carlos Cacho and Jim Xu said that house prices will inevitably start to fall.

“We expect existing home sales volumes will collapse as long as the ban on auctions and open home inspections remains,” they said in a statement.

Financial guru Noel Whitaker says that this could pose some hurdles for those with downsizing plans in their sights.

“There is no doubt that housing prices will be under pressure in the next few months because there will be fewer buyers available, and banks will apply tighter criteria to all loan applications,” he says. “Remember, anybody who is downsizing, has to find a buyer with the ability to complete the purchase.”

“If your property has sold – that’s great! If you’re downsizing you can put that [profit] into super. I think it would be a good time to [put any extra money] into super now since it’s fallen so much. But you need to know that it could fall much more.”

The government’s new social distancing laws saw 40 per cent of auctions withdrawn last weekend. But in regional towns like Hervey Bay, there’s been a spike in demand, as buyers zone in to snap up property.

“What’s happened here is our sales over the past couple of weeks have been for people looking for places to live in,” Ray White Hervey Bay principal, Glenn Fallon says. “They are largely people who have sold elsewhere — whether it be Melbourne, Sydney or even Hervey Bay – and are looking for somewhere to reside. They find this [area] affordable, and — because it’s a regional area — not being right in the middle of everything.

“At this point in time, we’re still getting quite a lot of demand for properties. We’re still getting listings and inspections and writing sales. A fairly high percentage of those are properties which people have sold in the last one, two or three months but they need a house now because they can’t go anywhere else – there is a demand for that.”

“I certainly don’t see a rise but I don’t see a drop of any consequence – interest rates are peanuts. Repayments are significantly less than rent. This is very affordable; the cost of borrowing is as low as it’s going to be – and that doesn’t look like it’s going to change.”

Fallon said that a trend is beginning to emerge, where people who have recently sold are looking to short-term rentals for accommodation until the time is right for them to buy.

“Some people have arrived here from the south and looking at rental properties prior to buying,” he said.

But as Whittaker says, it’s important to be financially-responsible during these times. “Do not sign an unconditional contract until your own property is unconditionally sold,” he says. “You could be caught between two properties and end up owning both and be in severe financial strife.”

Were you looking to downsize this year? Will you go ahead with your plans?