‘Discover all there is to see and do in Coffs Harbour, New South Wales’ 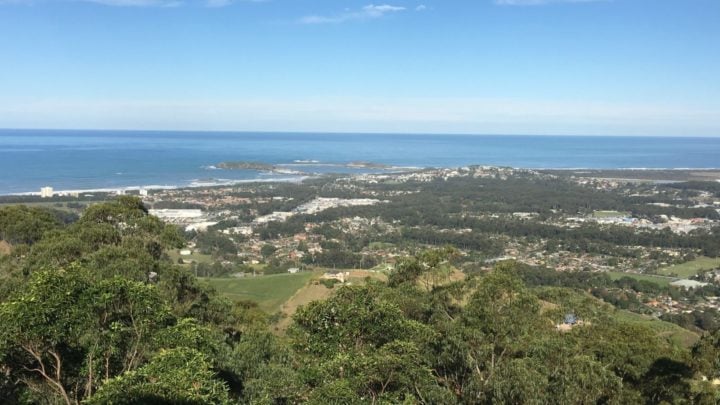 In the mid-north of New South Wales, roughly 540 kilometres from the state capital Sydney, is Coffs Harbour. A lovely coastal city, it offers plenty to see and do and as we like to take an Australian-based holiday from time to time and were looking for a new destination, we decided to check it out.

The local tourism association even has its own app to help tourists get the most out of their holidays. We stayed in the Pacific Bay Resort Precinct, 10 minutes north of the city, at the Ramada Resort (‘Treetops’) for a week.

Coffs, as the locals call it, was once known for its banana production and this area is known as the Banana Coast. The most well-known tourist attraction in the area is The Big Banana, built in 1964.

On the Pacific Highway just north of the city, the grounds of the amusement park are set among a banana plantation featuring a large walk-through banana. Other attractions include a downhill toboggan ride, ice skating rink, a water park and the World of Bananas educational experience. Naturally, the souvenir shop sells all types of banana-related products. It is very popular with family groups, but we only stopped for the obligatory photo on the way to our accommodation.

‘Treetops’ boasts a heated pool and spa, walking tracks through the rainforest to the beach or along the cliff tops, a gym and a barbecue area. Resort guests also receive access to the Pacific Bay Resort Precinct facilities including a nine-hole golf course, two additional pools, tennis courts, games room, day spa, restaurant and bar.

Of course my husband, Vin, was quick to take advantage of the golf and I even walked around with him since it was only nine holes. It is a pretty course, but not particularly challenging as there are only Par 3 holes.

Since golf was going to be a high priority on the relaxing holiday, we investigated several clubs in the area. The most recommended is the Bonville Golf Resort, only 12km south of Coffs Harbour, and consistently voted as the most beautiful in Australia.

The Par 72 championship course rises and dips through the serene and beautiful layout with each fairway isolated and private from the next, necessitating the use of electric carts. Bonville is a natural sanctuary for a wide range of native Australian species including black cockatoos, koalas, kookaburras, water dragons, goannas and in the evening, swamp wallabies. The resort also offers accommodation, a billabong-style swimming pool, and an award winning restaurant where we dined at the end of the day.

As usual, when hubby golfs, I go seeking out other attractions. The town of Bellingen, 25km to the south west of Bonville, with its quaint streetscape and historic buildings provided that for me.

I wandered at leisure, finding treasure in the Old Butter Factory, which had been rebirthed as a café, galleries and shops. One shop, Cargo Lane, was full of interesting furnishings, home and gift wares with many specially imported from Morocco.

Because we are keen walkers, we couldn’t resist driving beyond Bellingen the next day along the aptly named Waterfall Way, so we could experience walking through the Dorrigo National Park.

Part of the Gondwana Rainforests of Australia World Heritage Area, it offers stunning scenery that is millions of years old. There are many different walking trails available for viewing wildlife, rainforest and waterfalls, as well as a Skywalk lookout, an information centre, cafe and a picnic area.

Skywalk lookout is a 70m boardwalk that soars over the edge of the escarpment some 21m above the rainforest. From here you get a bird’s eye view of the surrounding valleys and gorges from the Bellinger Valley to the coast.

One of our favourite waterfalls was the Crystal Shower Falls, where you can actually access a rocky cavern behind the waterfall.

A great view can be had from behind the falls out to the suspension bridge opposite it.

From the Beacon Hill lookout, on the southern edge of Coffs Harbour, there are wonderful views of the south coast, past the racecourse and the airport to Sawtell, and out to the Solitary Islands.

To the north the city spreads out, with the harbour, Mutton Bird Island and Jetty Beach along the coast. The extremely long pier is a relic of the once busy timber industry port. The cute little harbour is home to many fishing and sailing boats, while the breakwater extends right out to the island which is a wedge-tailed shearwater rookery and a place of special significance for the local Aboriginal people.

One of the reasons for choosing to holiday in Coffs Harbour was that it was supposed to have better weather than Melbourne during the winter. Unfortunately this particular week experienced savage storms all along the east coast of Australia.

The seas were extremely rough and waves crashed over the breakwater at the harbour, wrecking the harbour master’s office and sinking several boats moored within the ‘safety’ of the harbour. Creeks and roads were flooded due to the heavy rains. When the skies cleared a couple of days later, we made a strange discovery in a bunker at the Pacific Bay golf course: fish had been swept in from a nearby creek during the high water and then left for dead when water receded!

When the chance came to visit Coffs Harbour the following year with friends, we jumped at it. This time hubby would have a golfing partner and I would have a companion for those times I became a ‘golf widow’! And of course, these times would be more frequent since the men now had golf as their main focus.

We had barely settled in to the accommodation when the men took off for their first game in the resort precinct — Pacific Bay Golf Club — where Vin had played last time. They managed to sneak out again before breakfast on another day, since it is a quick nine-hole par 27 course.

Vin was also keen to show Ray the beautiful course at Bonville that he had played last time so that, too, was ticked off the list. Meanwhile, Helen and I took a leisurely drive down to Kempsey, an hour further south, and called in to the Recreation Reserve lookout at Nambucca Heads to admire the views on the way back.

Completing their golf trifecta, the men also played at Coffs Harbour Golf Club. This is a 27-hole championship course, reputed to be one of the premier golf courses on the mid-north coast. There are three different layouts: Lakes, East Lakes and West Lakes, so water hazards are aplenty!

While the men golfed this time, Helen and I went down to the Coffs Harbour Marina and took a walk out to Muttonbird Island Nature Reserve. Views back toward Coffs are spectacular after quite a steep climb, but there were no mutton birds (shearwaters) to see as they had migrated to Asia for the winter.

We finally managed to do some sightseeing as a foursome, in and around the Woolgoolga area, 30 minutes north of Coffs. The town has an interesting architectural landmark and popular attraction. The large white Guru Nanak Sikh Temple was built by the seaside town’s Sikh community, whose Punjabi ancestors travelled to the mid-north coast of NSW around the time of Australian Federation in 1901.

Another eye-catching attraction is the mural on the walls of the Woolgoolga Diggers Club, which commemorates the involvement of Australian Forces in the two World Wars and other international conflicts.

Grabbing some supplies, we proceeded to the Sherwood Nature Reserve for a picnic lunch and a walk to the falls. This subtropical rainforest is crammed with cascading vines, bangalow palms and magnificent stands of blue quandong. There are several creek crossings to navigate, one of which was just too wide for us since the recent rains so we were forced to abandon the trek. We were favoured, however, by the visit of a couple of kookaburras hoping for some scraps from our lunch.

On the way back south we stopped at Emerald Beach, for a walk along the beach and out to Look At Me Now Headland. Along the way were encountered a memorial plaque commemorating loss of 48 lives from the collision of two ships off the coast in 1886 and marking the place where one of the bodies was buried.

The headland is a favourite place for the local Eastern Grey kangaroos which graze here in numbers in the afternoons. They only stopped grazing briefly to look at us then continued, unafraid. One even came right up to us as if wanting food.

There are great views from the headland across to Moonee Beach. The Solitary Islands Coastal Walk extends for 60km from Sawtell, south of Coffs, through Moonee Beach, Emerald Beach and Woolgoolga to Red Rock in the north.

The walking tracks at Treetops lead out to the beach and join up with the trail along the coastal cliffs. Hubby and I were keen to experience some of this, so headed north one day to Korora, just a couple of kilometres away. For our efforts we were rewarded with wonderful views.

We did manage to squeeze in a visit to a couple of nearby wineries while we were in the Coffs Coast hinterland, even though the area is not really known for wine production and the varieties of grapes grown are not well known to us. At Nana Glen, in the Orara Valley, 25km north-west of Coffs, Two Tails Wines grows Chardonnay and Villard Blanc grapes for the white wines and Chambourcin and Jacquez for the reds and liqueurs. They even produce blueberry wine, since this region is a big blueberry growing area.

Raleigh Winery, just off the Pacific Highway 15 minutes south of Coffs on the Bellinger River, produces some unique boutique wines, Fortified Wines and Brandy Crème Liqueurs. The Brandy Crème varieties include choc-coconut, coffee, butterscotch, Jaffa and choc-mint flavours. The white wines are from Villard Blanc grapes and the reds are Chambourcin — two grape varieties that succeed in the hot wet climate as they are fungal resistant. On our previous trip to the area we had tried to visit this vineyard, but heavy rains and flooding had forced it to close temporarily.

It was refreshing and less stressful vacationing in our own country for a change. It is important not to lose sight of the simple beauty than can be found right at home, when the attractions of Europe and Asia, for example, can be so seductive. We have so many great places to visit here in Oz, we must make more time to see as many as we can!

Do you like 'holidays at home' or prefer to go abroad when you travel? Where will your next travel adventure be?