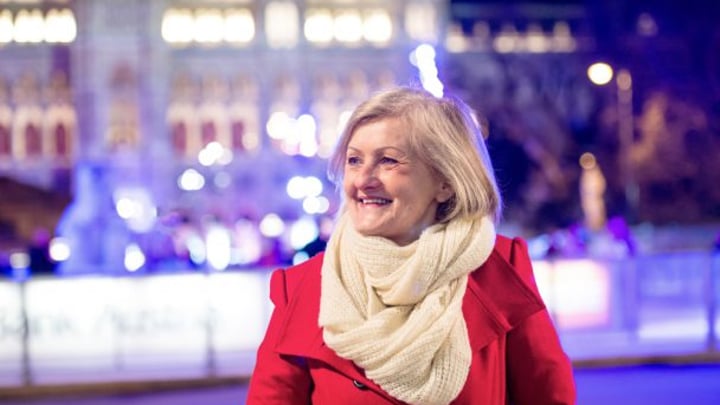 For some of us there’s a deep desire to hit the road alone without looking back. For others it’s a matter of circumstance, finding ourselves without a partner or family to share adventures with any more. Whatever the case may be for you, if you’re a solo female traveller, or want to be, then it’s time to channel your inner adventurer with some sound advice straight from the source. These courageous, brave, adventurous women over 60 have shared their travel tips for other women wanting to go it alone, too. Take note and get ready to experience the world with a community of solo female travellers at your side.

“When you book a coach tour, see if you can share with a stranger,” says Ann. “You don’t pay single supplement and most of the time no one else is interested in sharing so you have the room to yourself.”

“Research the area around your accommodation before you go,” says Kerry. “Be aware of your body language when exploring…i.e. try to look like you know where you’re going.”

“Since losing my husband I am lucky to have two friends who I travel with but I have also done two organised bus trips on my own where I paid single supplement,” says Nola. “There were a few other ladies travelling solo so we tended to pal up to do things.”

4. Team up with your hotel

“If you travel alone in some less-than-safe countries, have the hotel call a cab and they will also pay the driver when he returns you later,” advises Linda. “That way you know he will pick you up after your outing and come into the hotel to be paid. No money changes hands between you and the driver and the hotel adds the fare to your bill, and at the correct price!”

“Book a coach tour if you feel better in a group and not having to drive in a strange country,” Rosemary shares. “Many of the tour companies will now waive the single supplement if you are prepared to share with a same sex solo traveller (and if there isn’t one to share with, you get the single room without paying extra). On a coach tour you spend so little time in your hotel that sharing really isn’t a problem.”

“Just do it,” encourages Margaret. “And force yourself out of your comfort zone and talk to people. There are plenty of people in your situation. Make the first move. Good luck.”

Do you have any more tips for women looking to travel alone? Let us know in the comments section below.