Melbourne and Sydney ranked amongst the food capitals of the world 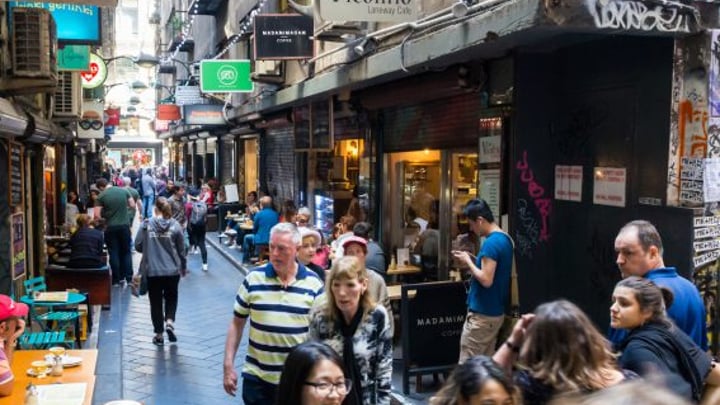 Australia’s rising foodie scene has captured the eye of gourmands for years, and now its status as a global powerhouse of great cuisine has been recognised on a global stage. Two Australian cities have been listed in Booking.com’s list of 25 of the best cities for food in the world, ahead of even Florence and Rome.

More than 12,000 respondents were surveyed, listing Melbourne as the sixth-best city in the world for food, with Sydney coming in at number 17.

Read more: How to have better bowel movements while on holiday

The survey also revealed that 75 per cent of travellers would likely travel somewhere renowned for its great food and drink.

Some of the most popular places for food in the world are Asia and South America, as well as Greece, Australia and Spain. Here are the top 25 destinations for food around the world, according to the survey.

Booking.com visitors rated the South Yarra region as the place to go in Melbourne, and the restaurants in Sydney’s CBD as the best in the city.

Read more: 8 free things to do in Sydney

Hong Kong, with its skyscraper-studded skyline, notably took out the top spot with its huge variety of dishes on offer, everything from dim sum, kau kee beef brisket, wonton noodles and poon choi (Chinese casserole).

Sao Paulo took out the second-place rank for its smart bistros and gourmet restaurants. A visit to Sao Paulo isn’t complete without sampling the nation’s signature dish, the Brazilian feijoada (black bean and meat stew).

Tokyo is another that blew travellers away for its food – it has more Michelin-starred restaurants than New York and Paris combined. The fusion of ultramodern meets traditional is widely regarded as Tokyo’s focal point, which translates heavily into its food scene.

It’s interesting to note none of the nations in the United Kingdom featured on the list, showing Australia’s diverse cultural landscape.

Melbourne even outranked Florence, Milan and Rome – what many would think to be the food capitals of the world. Cheers to that!